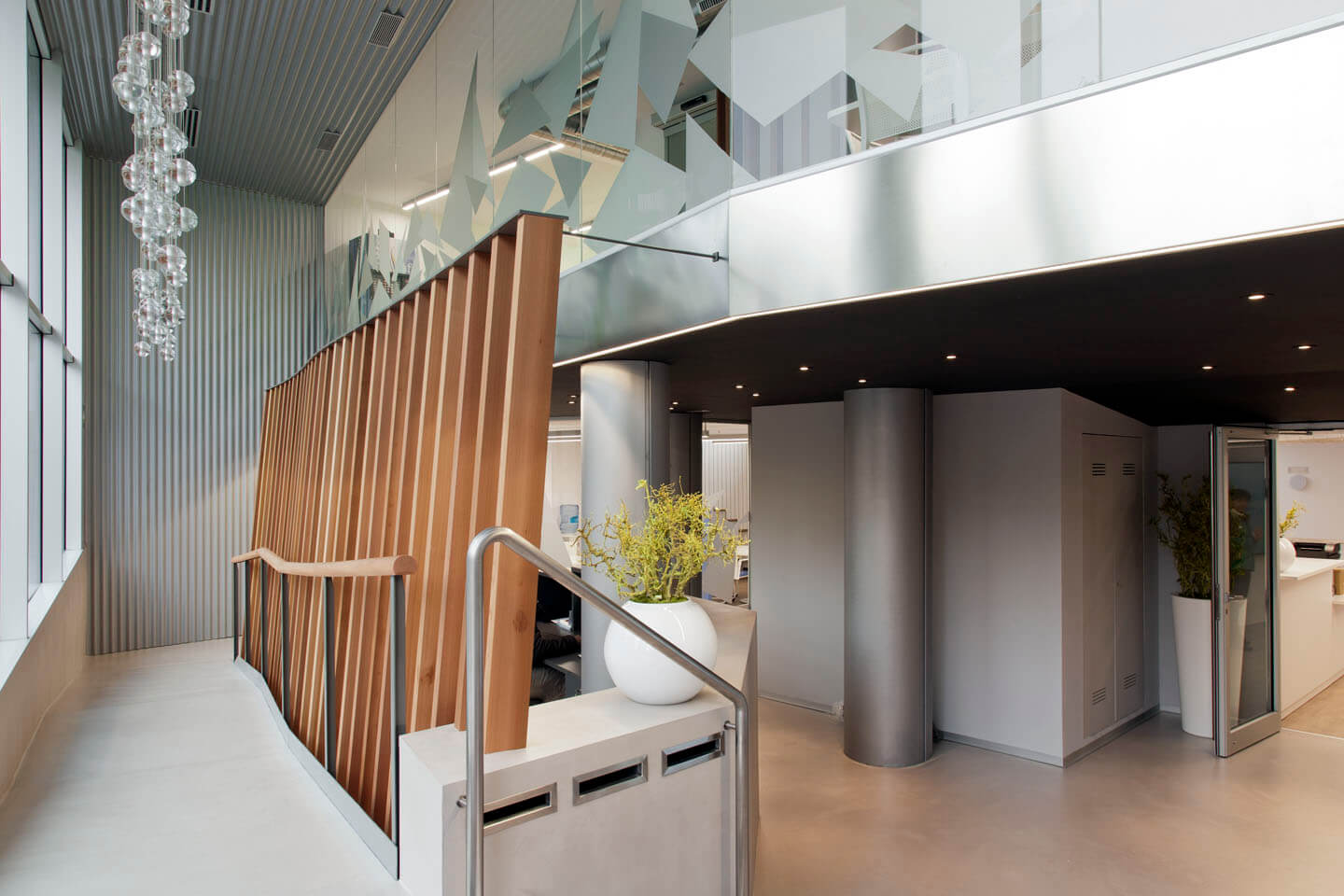 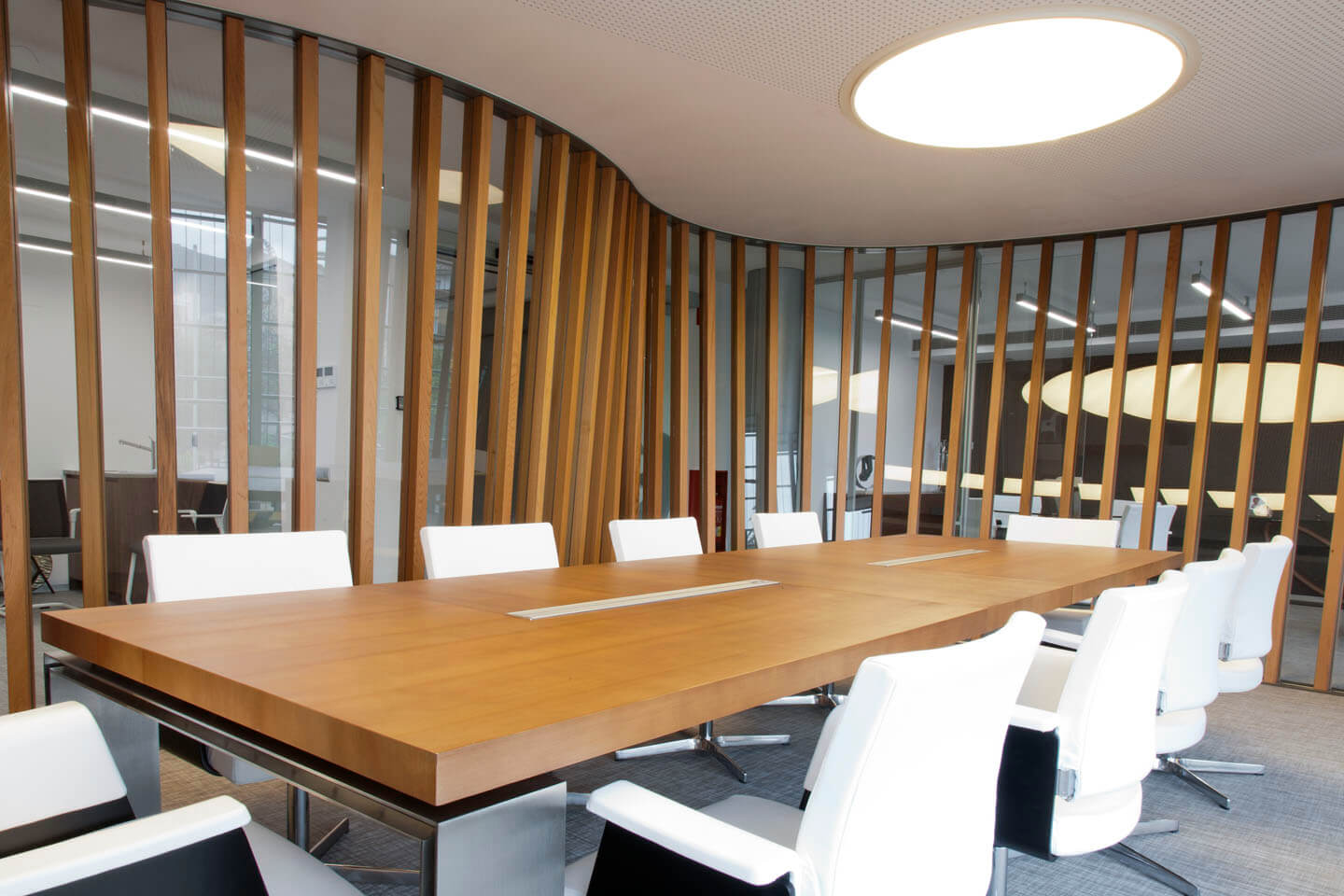 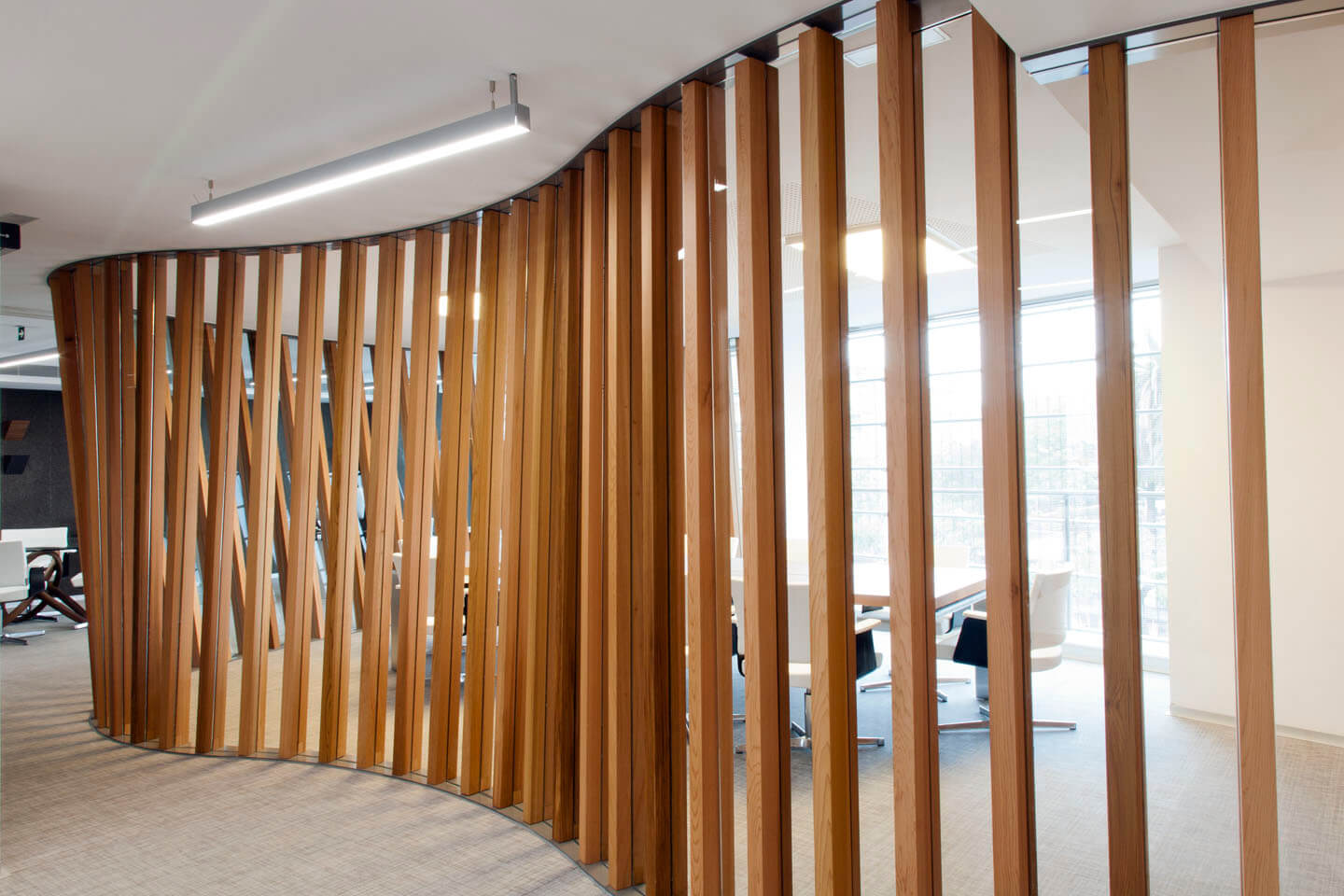 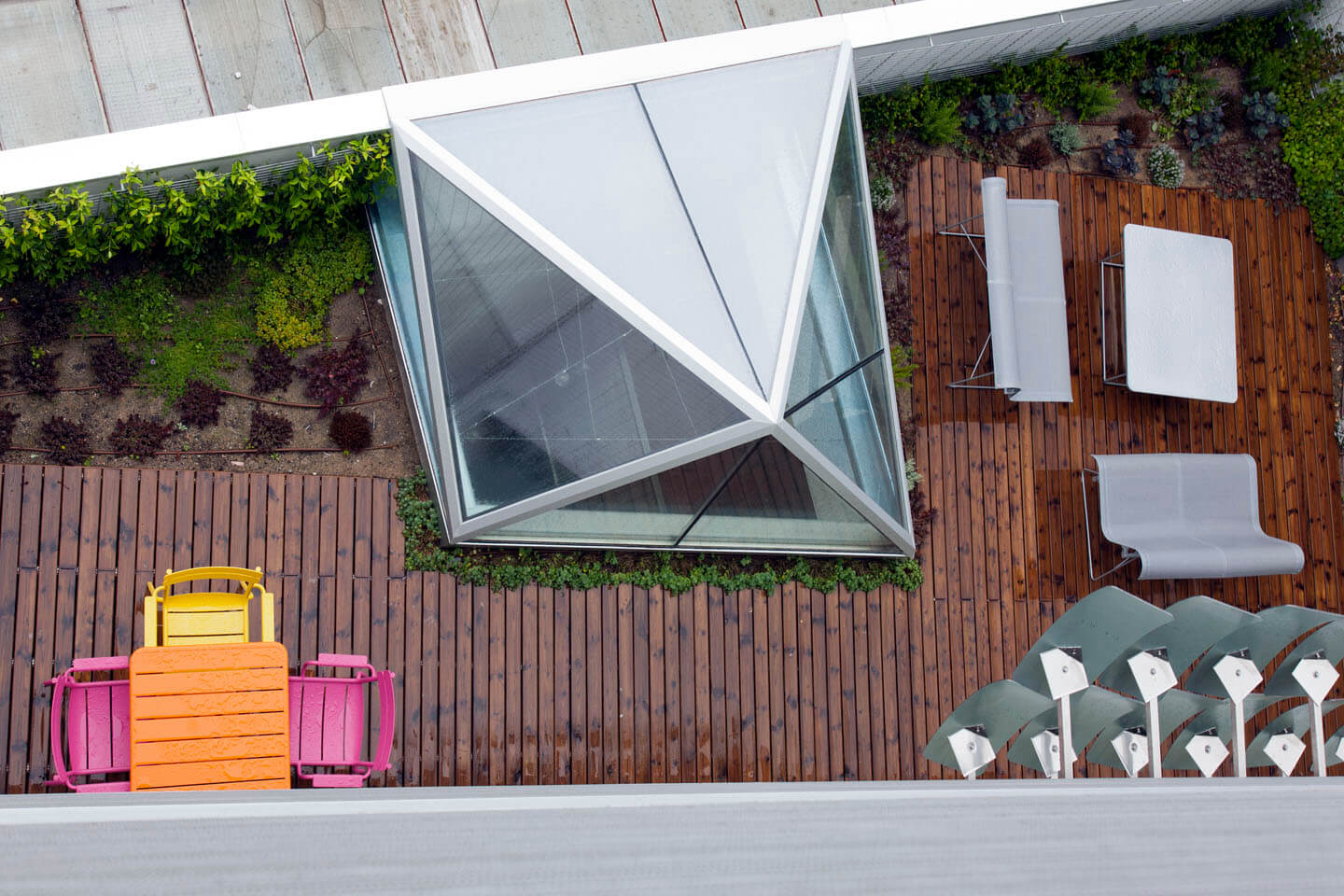 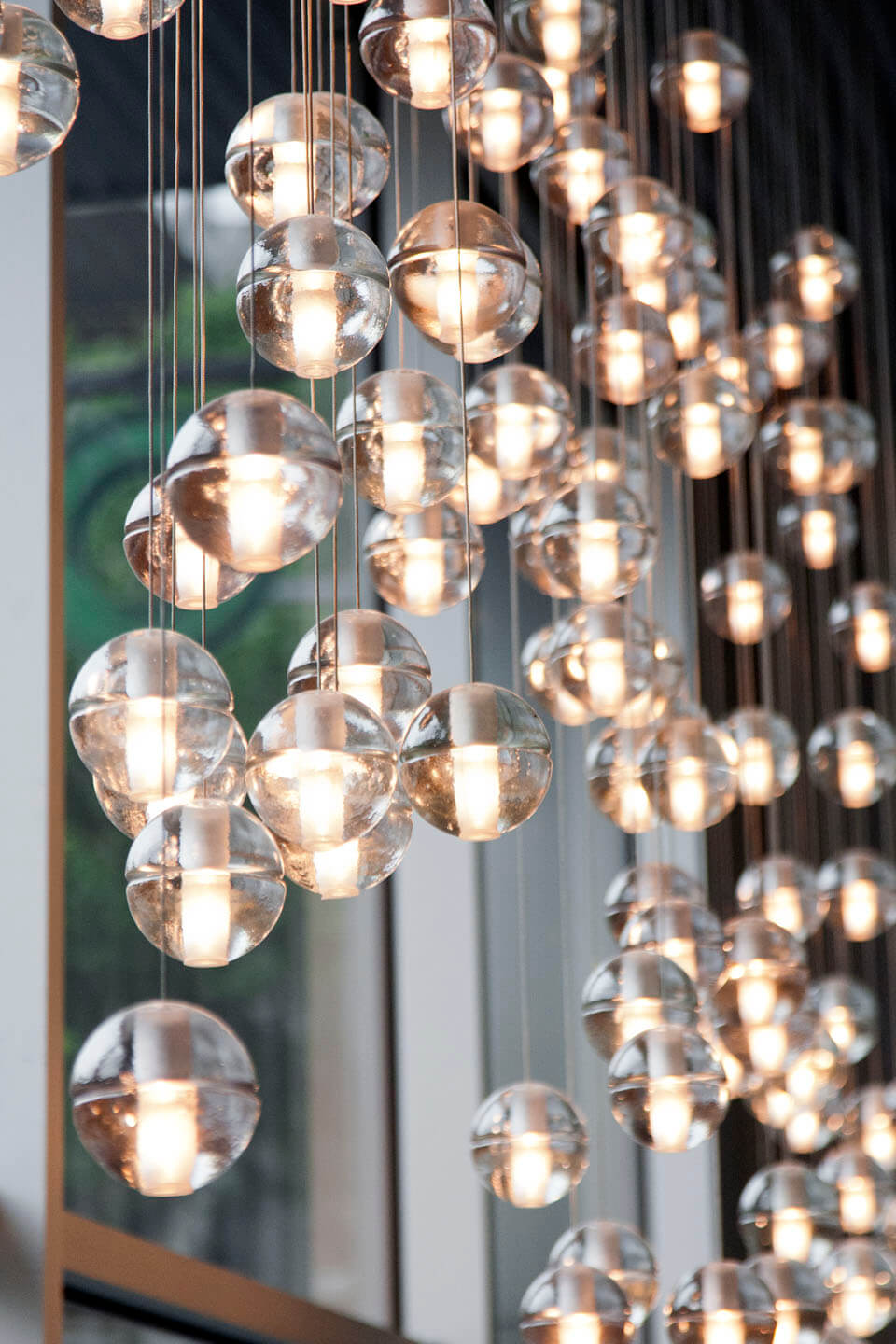 The project of architecture was assigned to “Pich Architects” and the interior design to “Contractart” who designed and installed all the decorative elements and supply all the office furniture.

The building contains three unique elements that set it apart from the rest, the lamp entrance hall consisting of 108 balls made of solid glass, the facade of LEDs and the boardroom with a perimeter closure shaped Spanish guitar, built with 68 crystals countersunk and 68 planks of red cedar Canada.