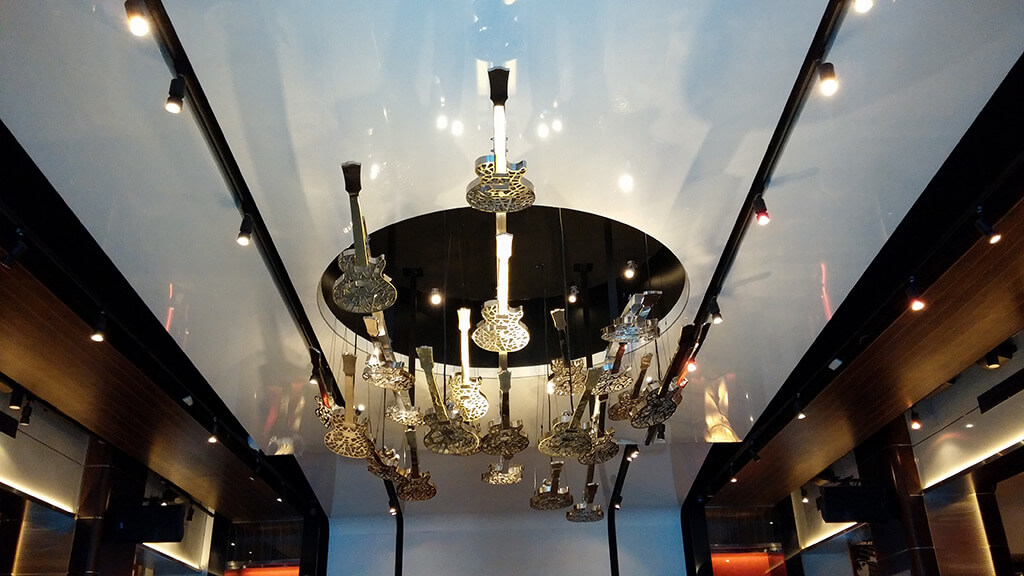 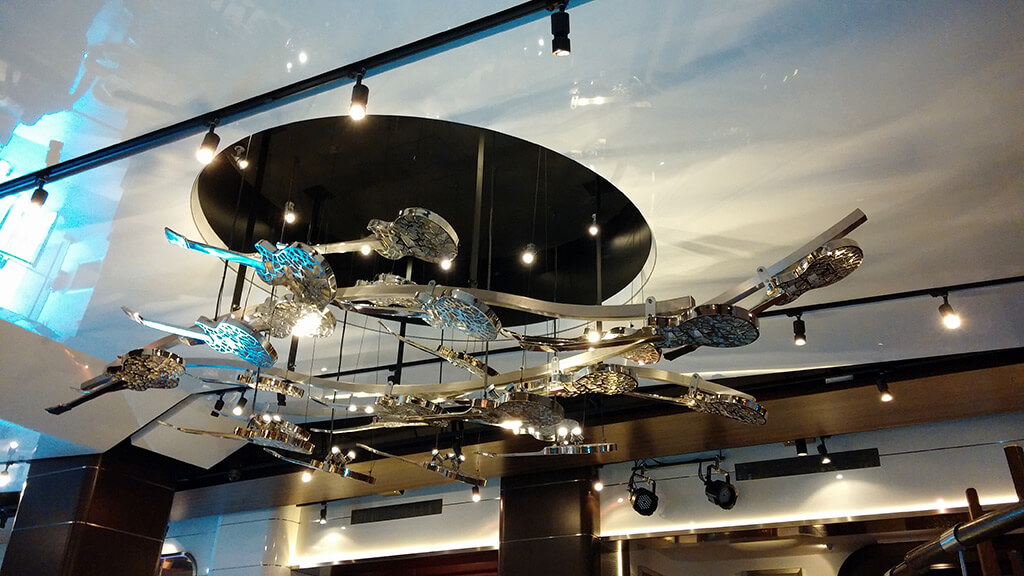 In September 2013 the company Deerns, after success with the total renovation of the Hard Rock Cafe in Plaza Catalunya in Barcelona, â€‹â€‹called on to replace Tom Dixon lamps, hanging over the bar for a sculpture designed by own design center in Orlando Hard Rock composed of 25 guitars, replicas of the Gibson Les Paul, chrome and clear Gaudinian.

Deerns commissioned Contractart performing the entire project, making both structures and guitars, and its installation on the premises.

On 14 January 2014, following the instructions of Stephen Abbiati expressly moved from Orlando to direct the correct placement of all guitars, some electrified to illuminate the whole, it could terminate the installation of the sculpture.