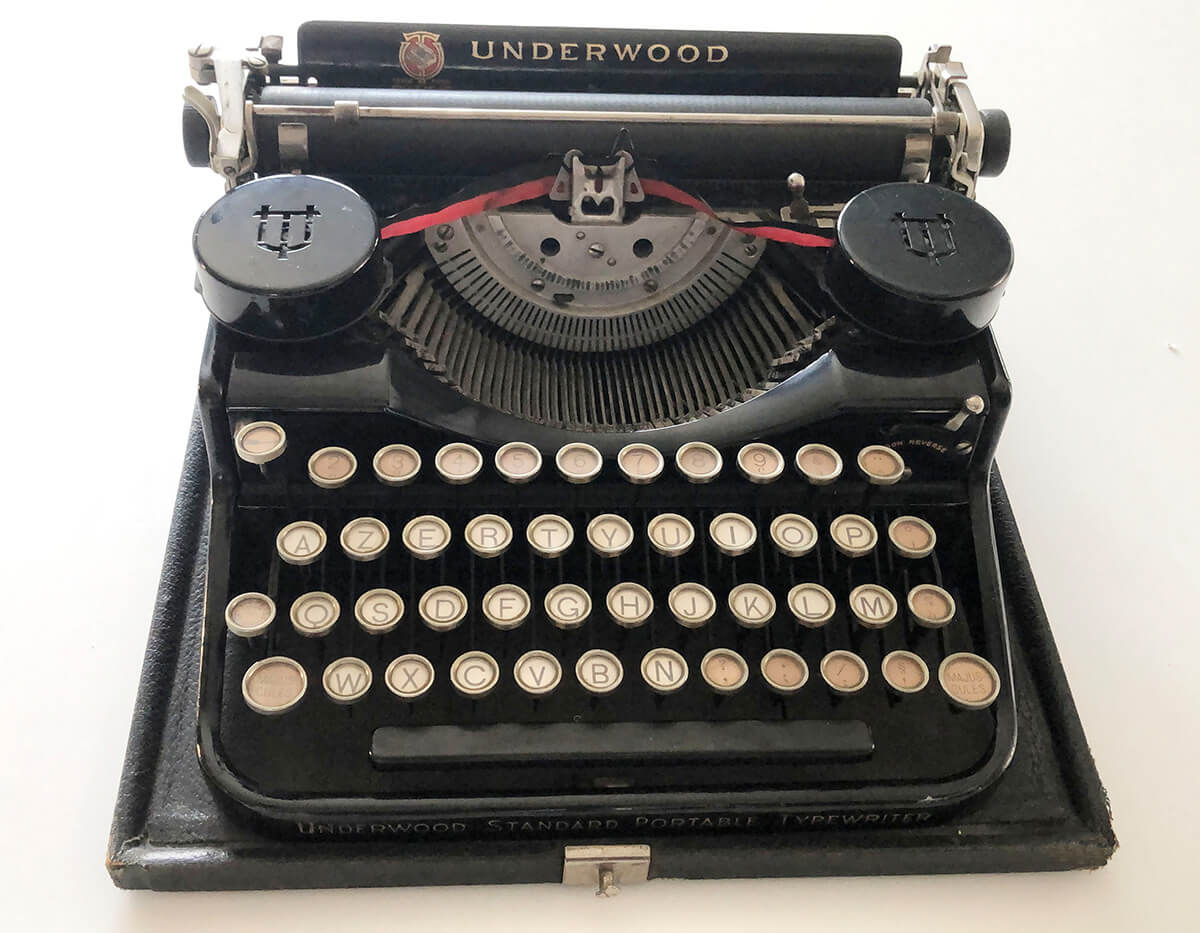 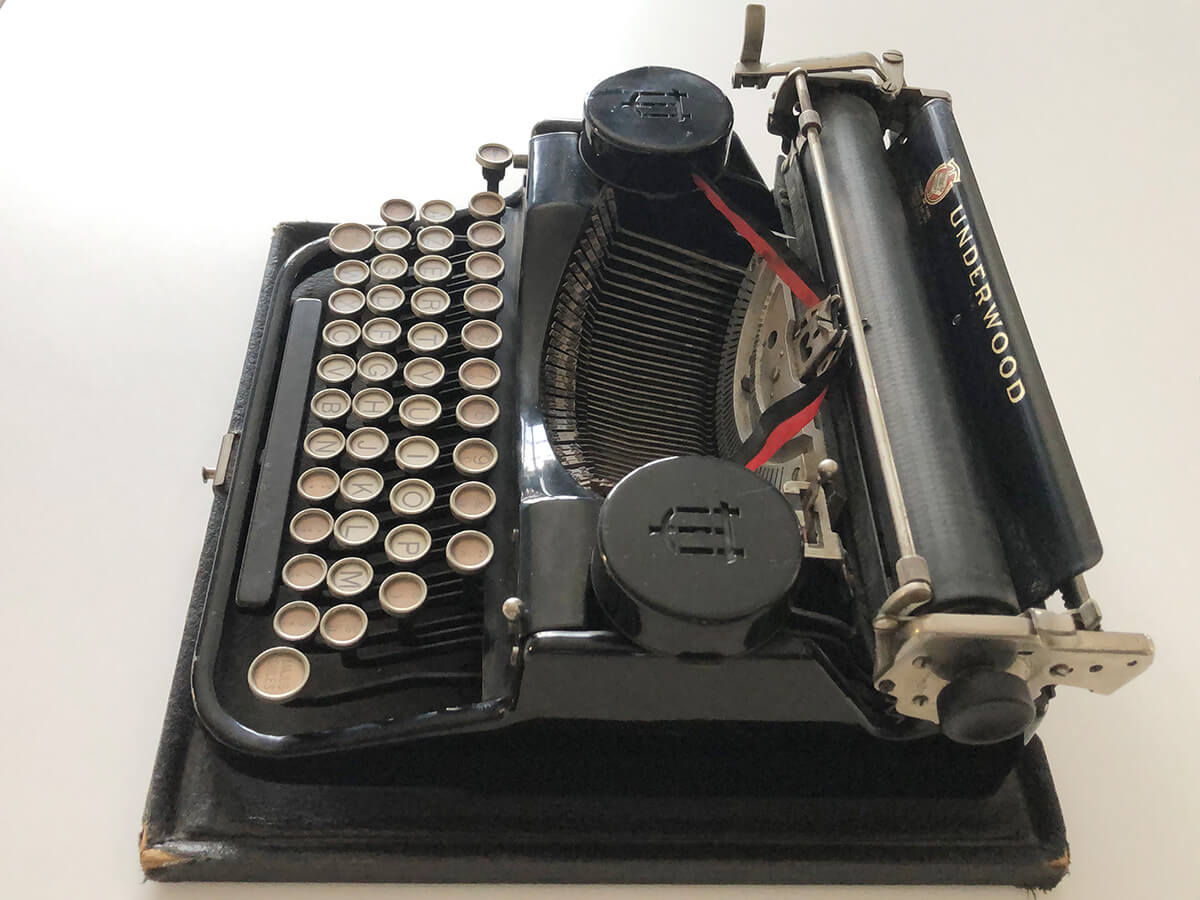 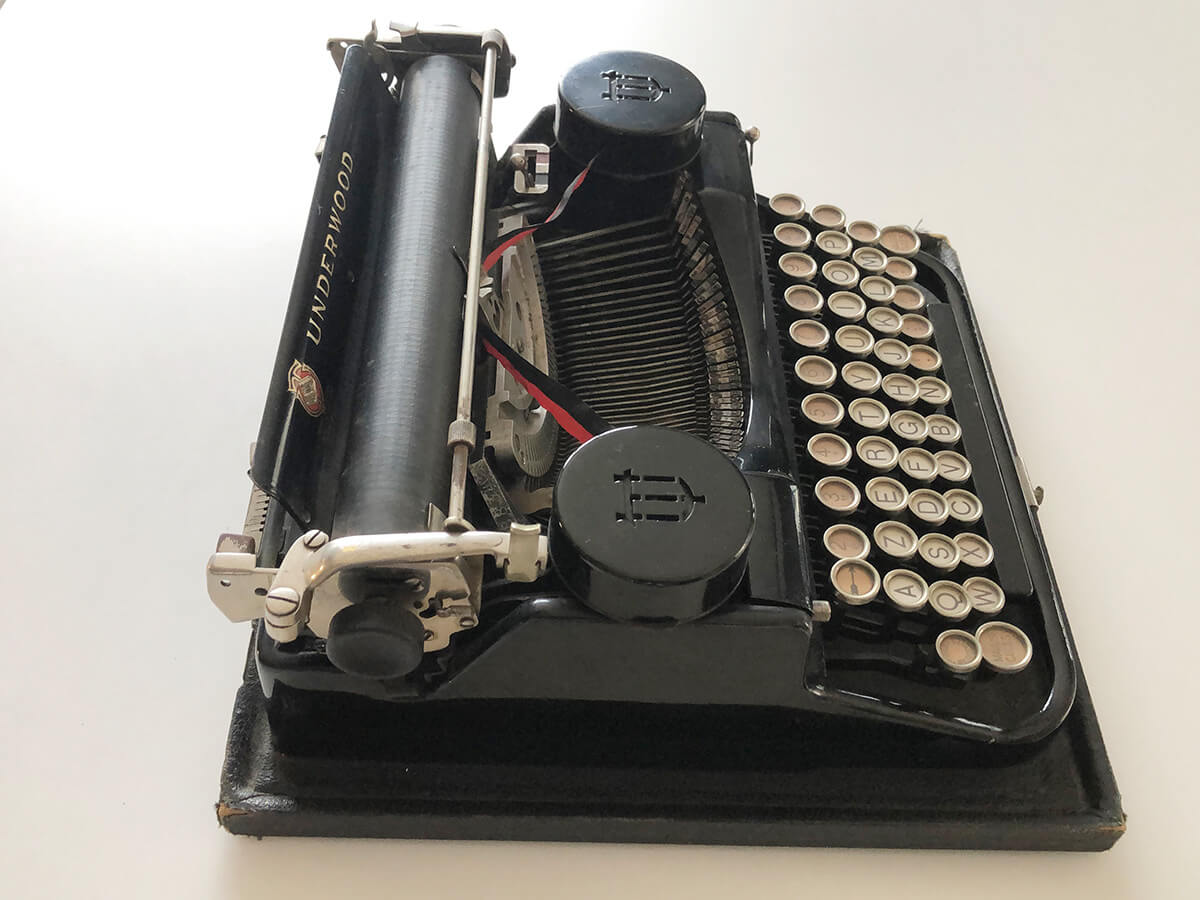 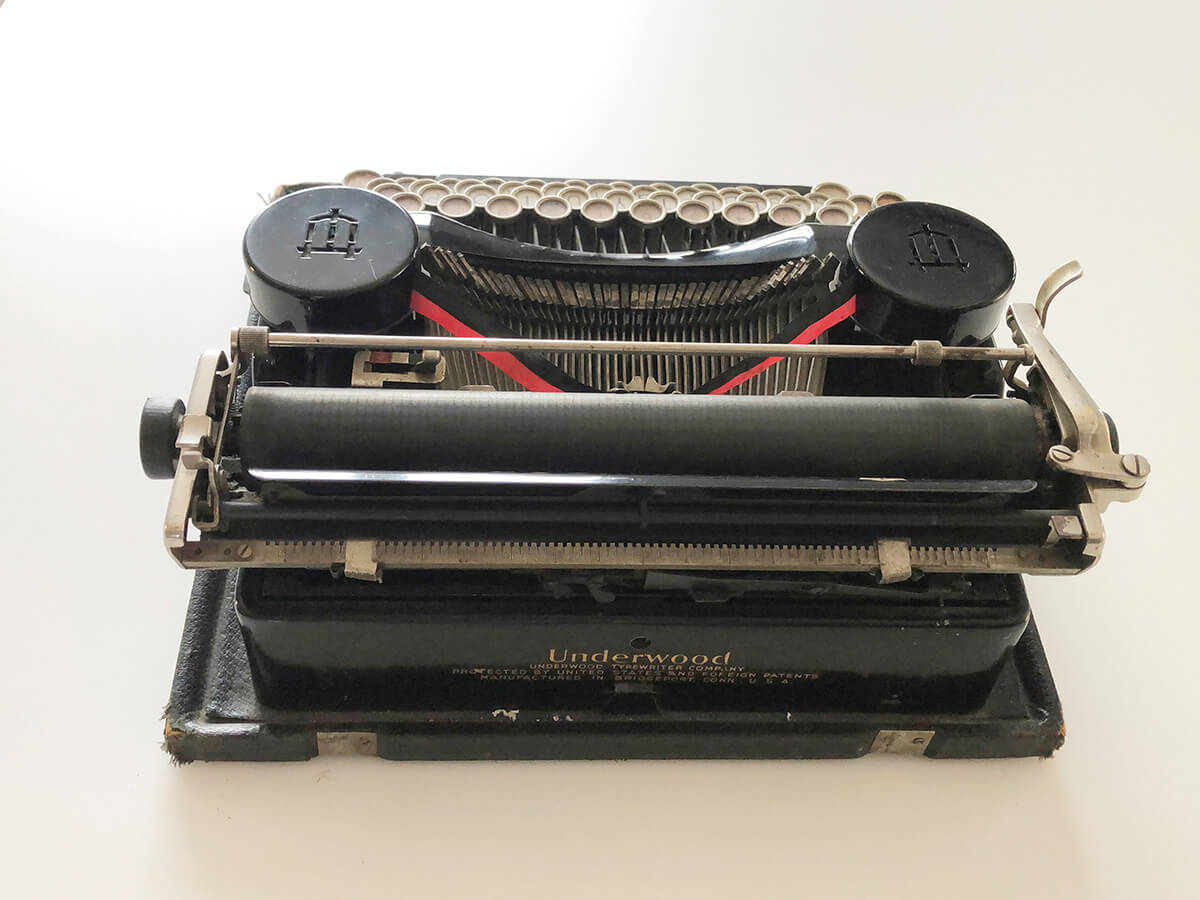 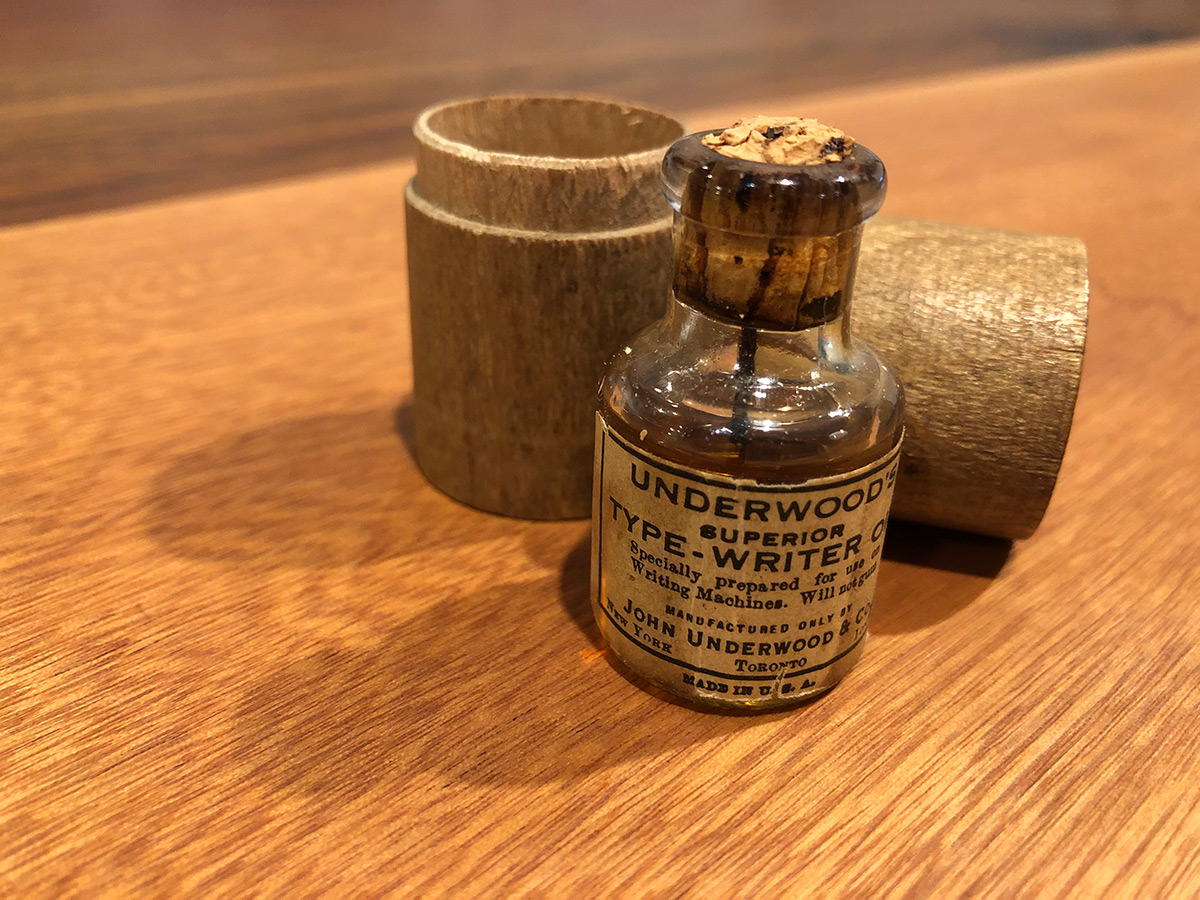 The Underwood company started to produce typewriters in 1900, competing with another legendary typographic company, Remington.

In 1919, they released a portable model that was considered, and still is, a truly engineering masterpiece. It was a machine much less heavy than the ones that existed in the market, which they were difficult to carry.

This first portable model had three rows of letters. In 1926, they started the production of the 4-rows Underwood. These two models coexisted until 1929, when the former was taken off the market.