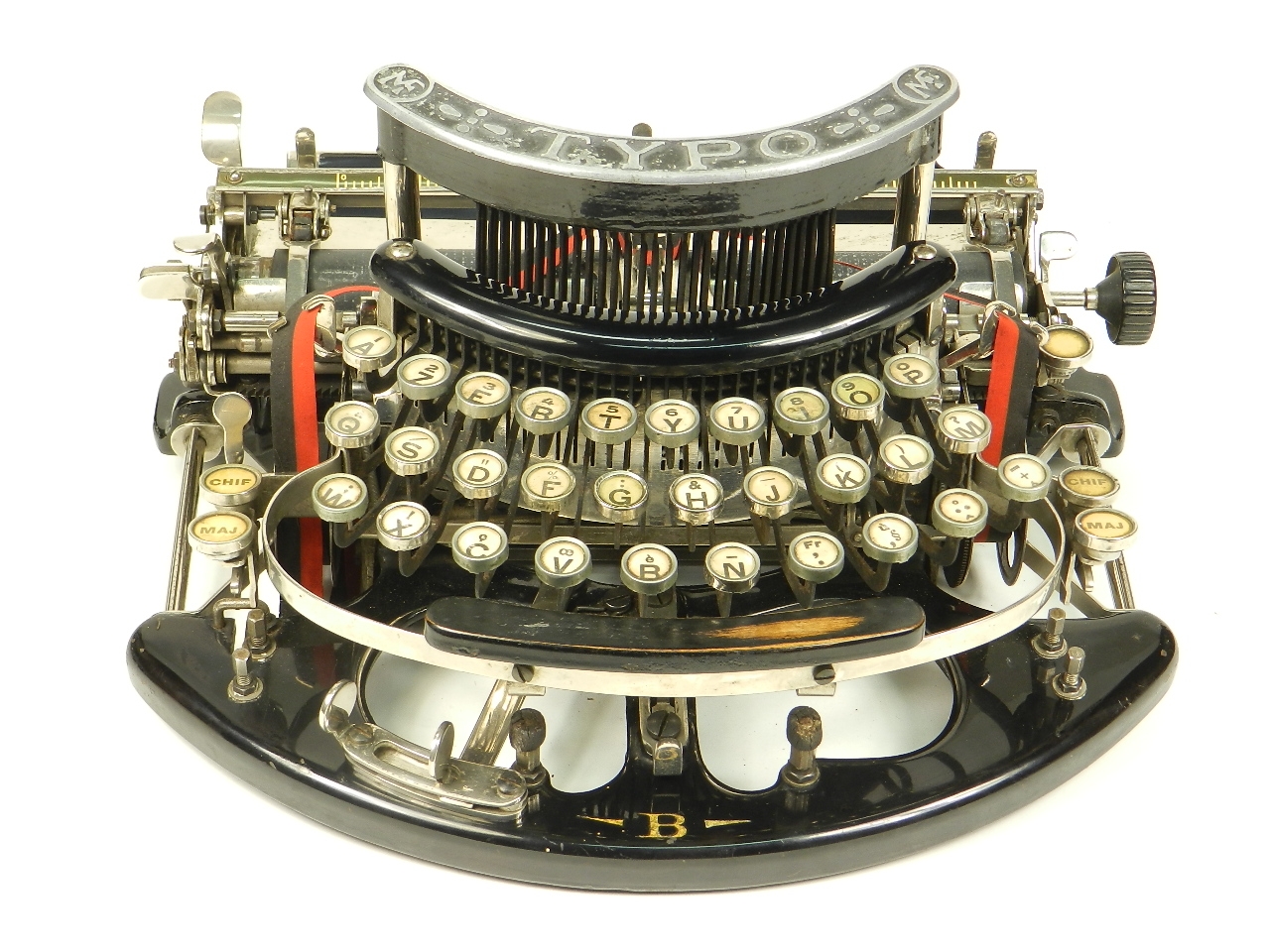 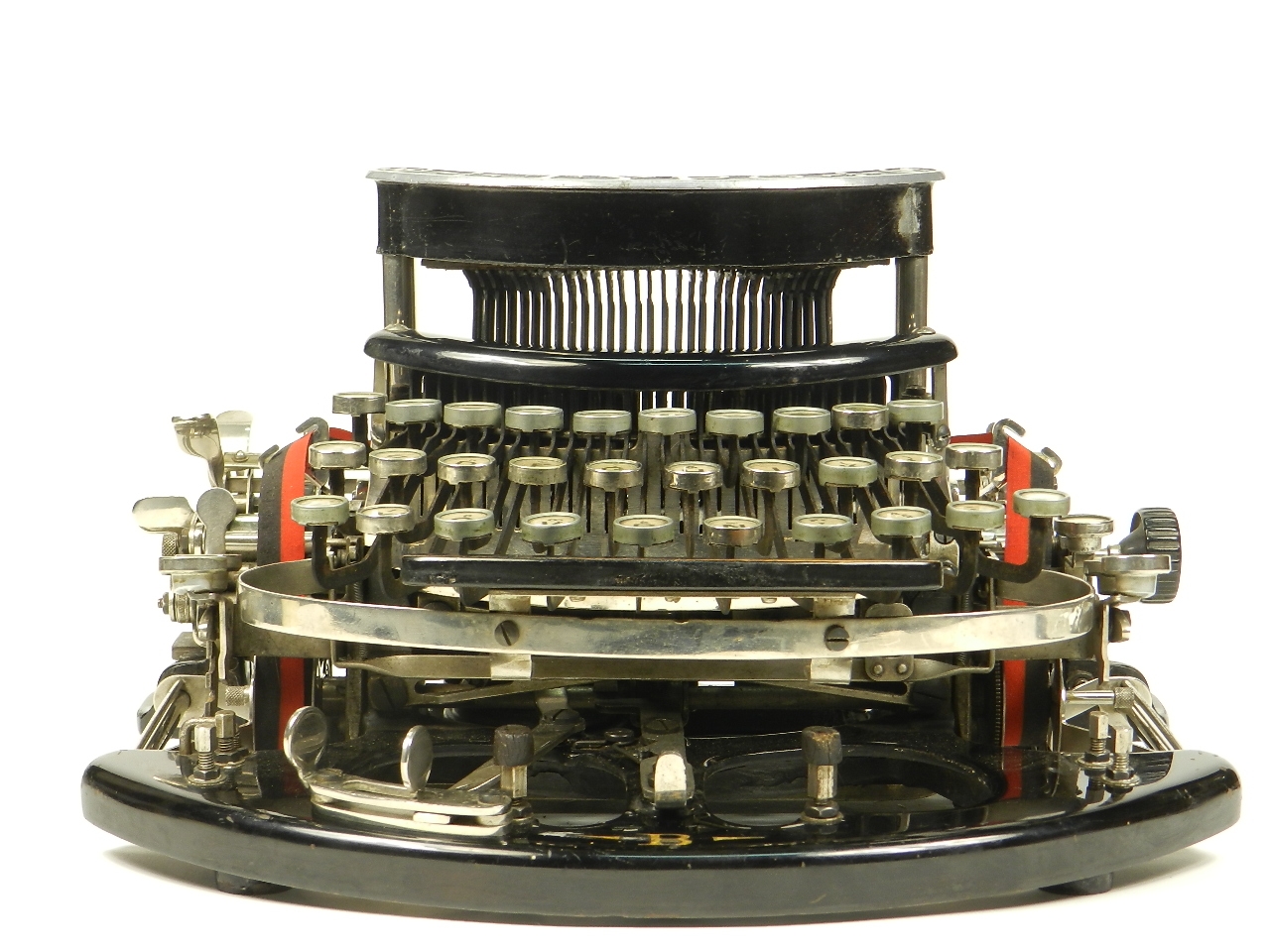 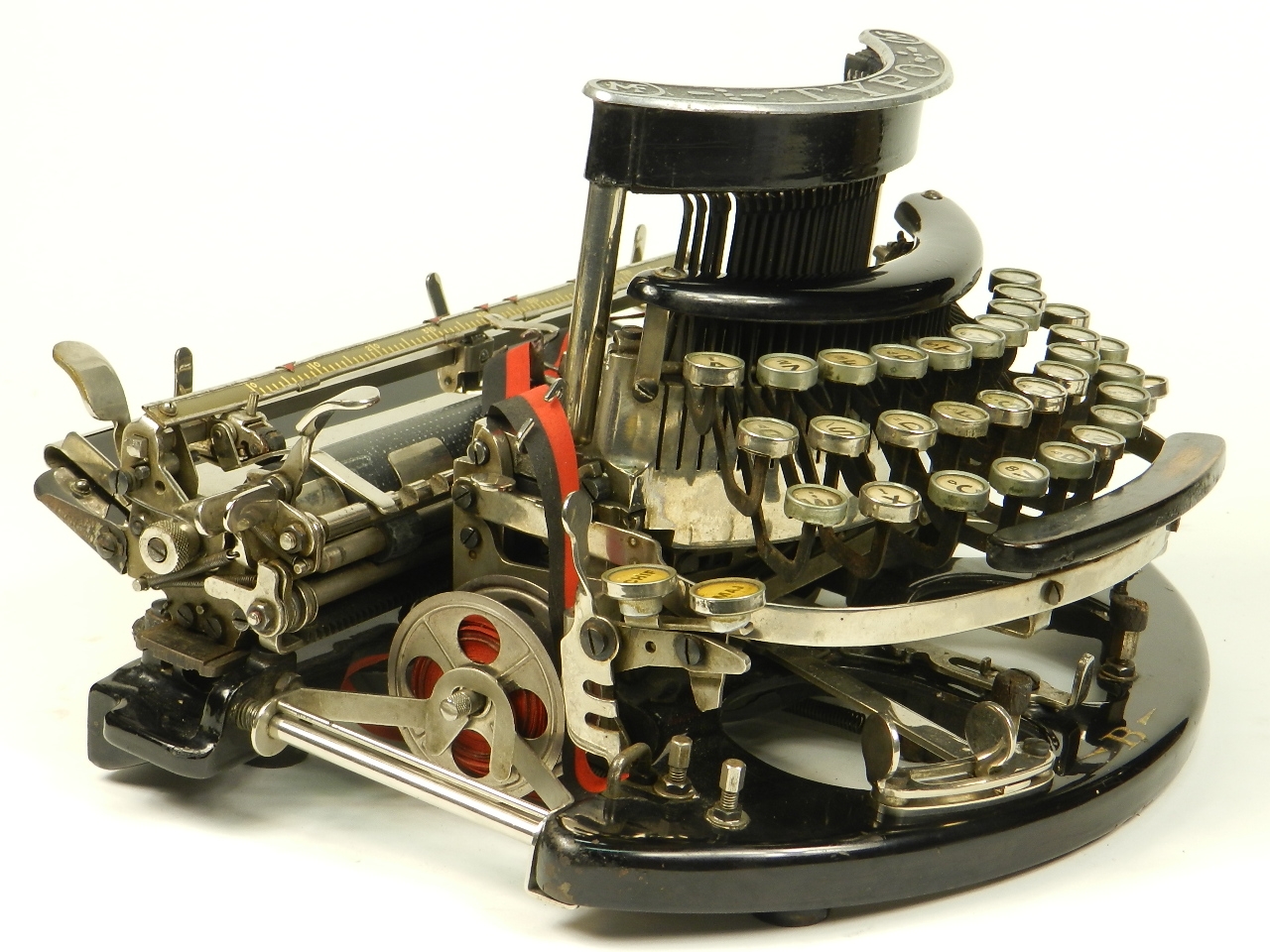 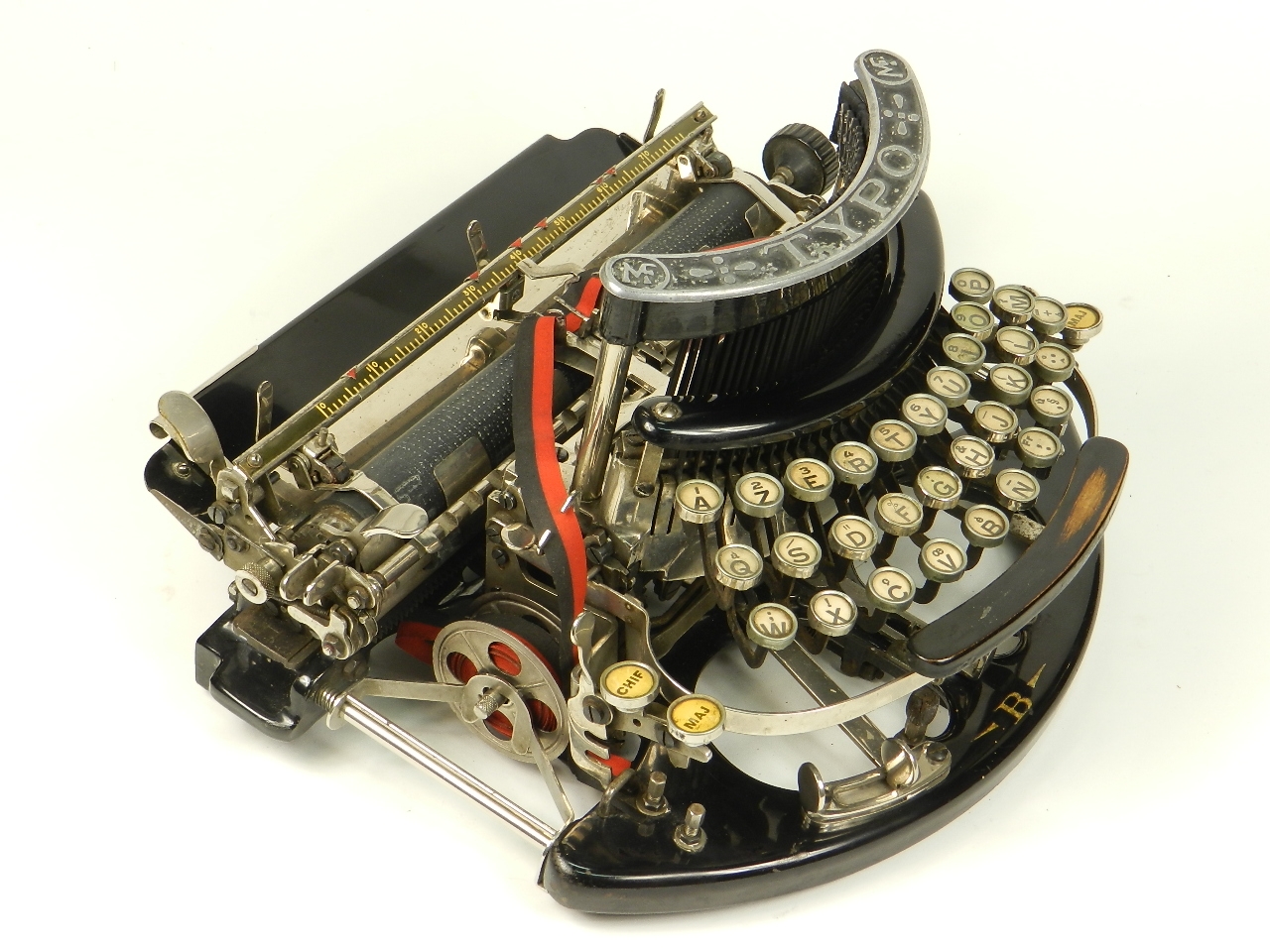 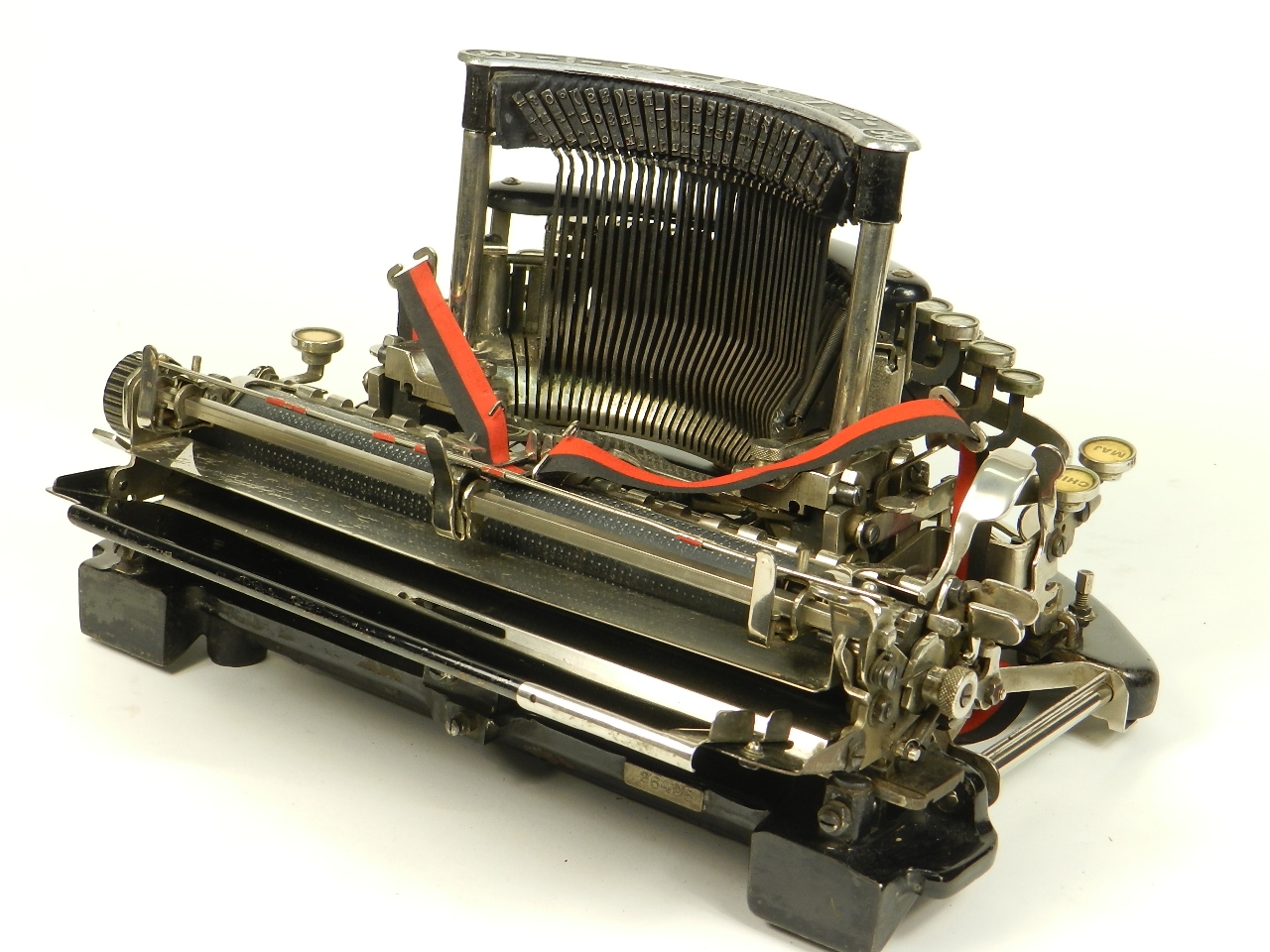 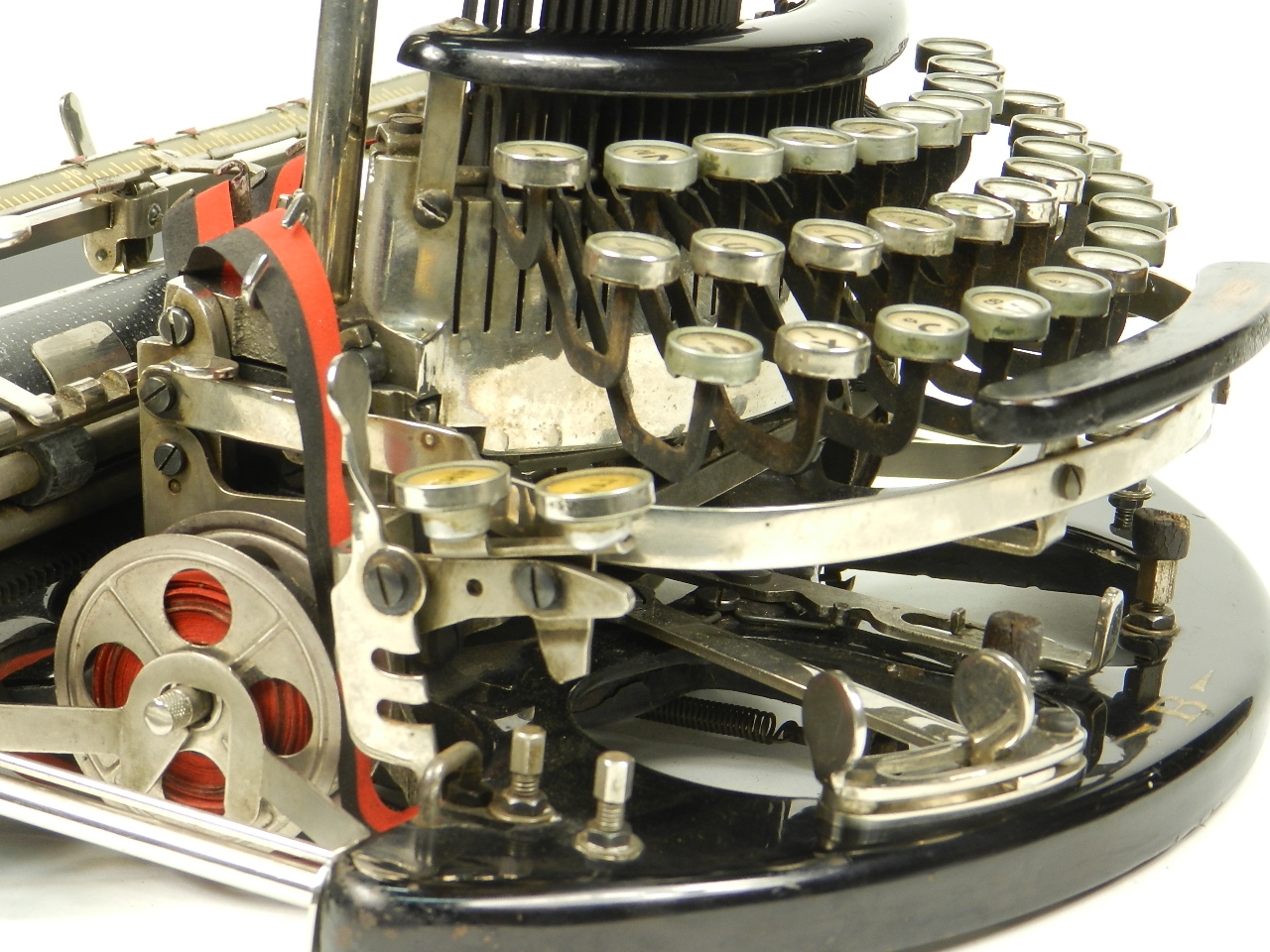 The Typo is the much rarer version of the UK Imperial B antique typewriter. Manufactured for the French market by the Francaise d’Armes et Cycles de Saint-Etienne, it has an uplifted curved keyboard and is somewhat similar to the British Salter and North antique typewriters.

It stands out in the keyboard the space bar, held by two other bars following the keyboard shape, which gives a floating appearance. Character bars are hidden in the central tower and they move from the top downwards to print. Thus, their strike system is different than most of the other typewriters.