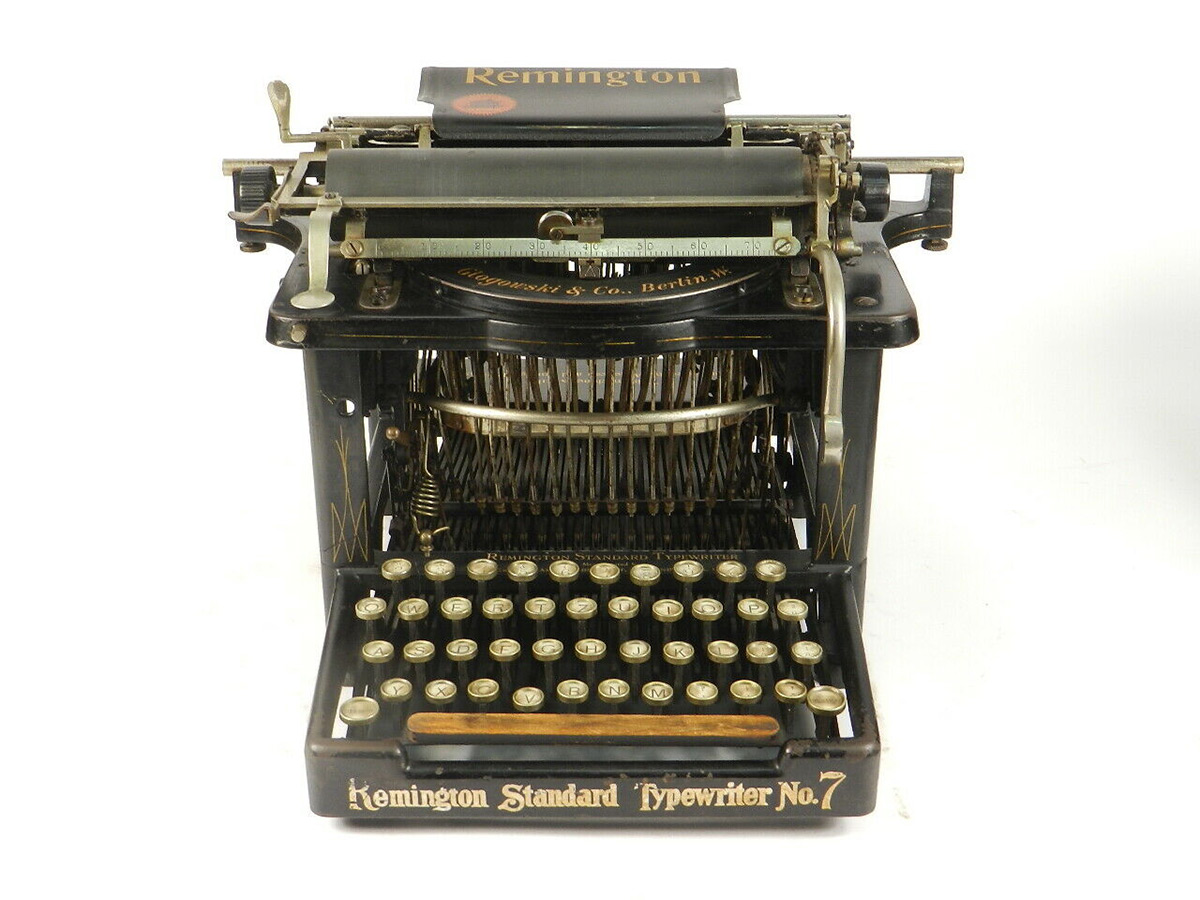 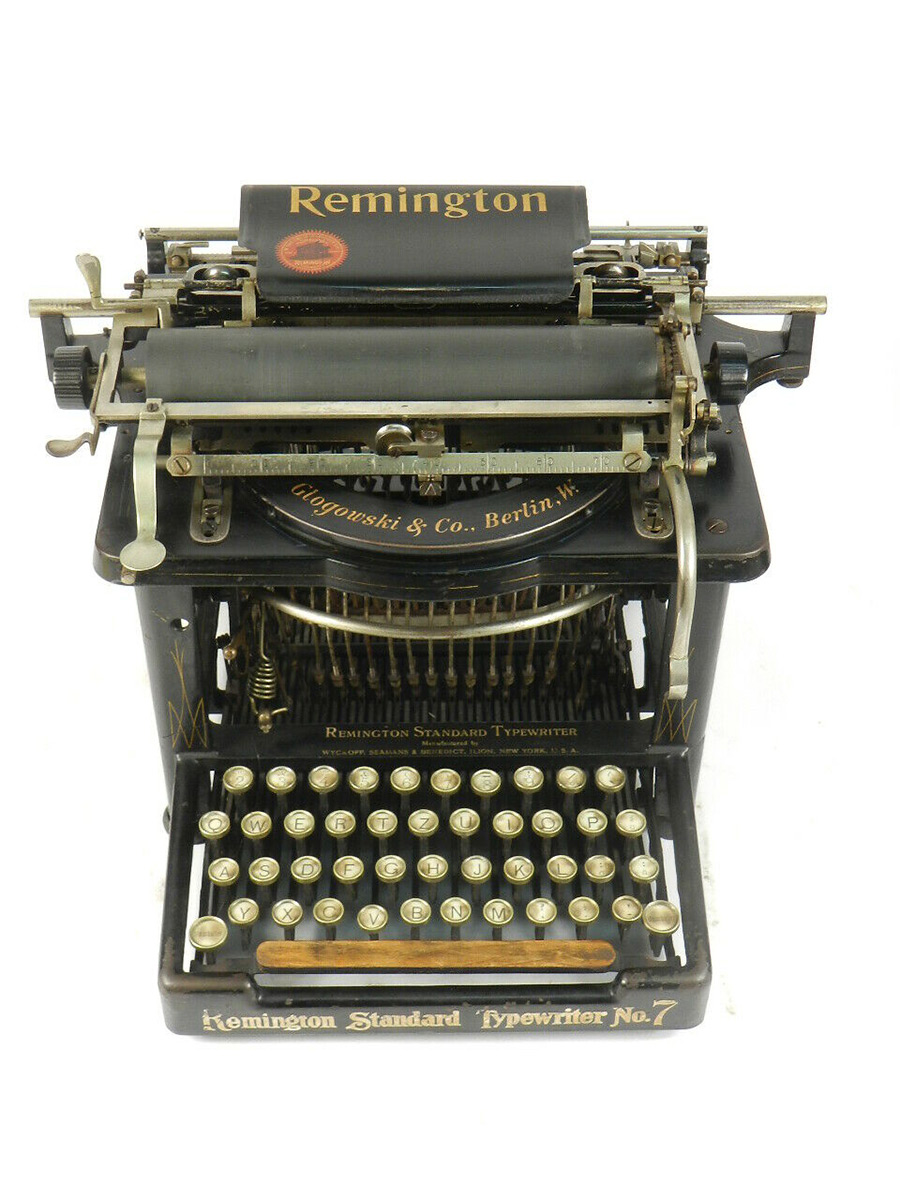 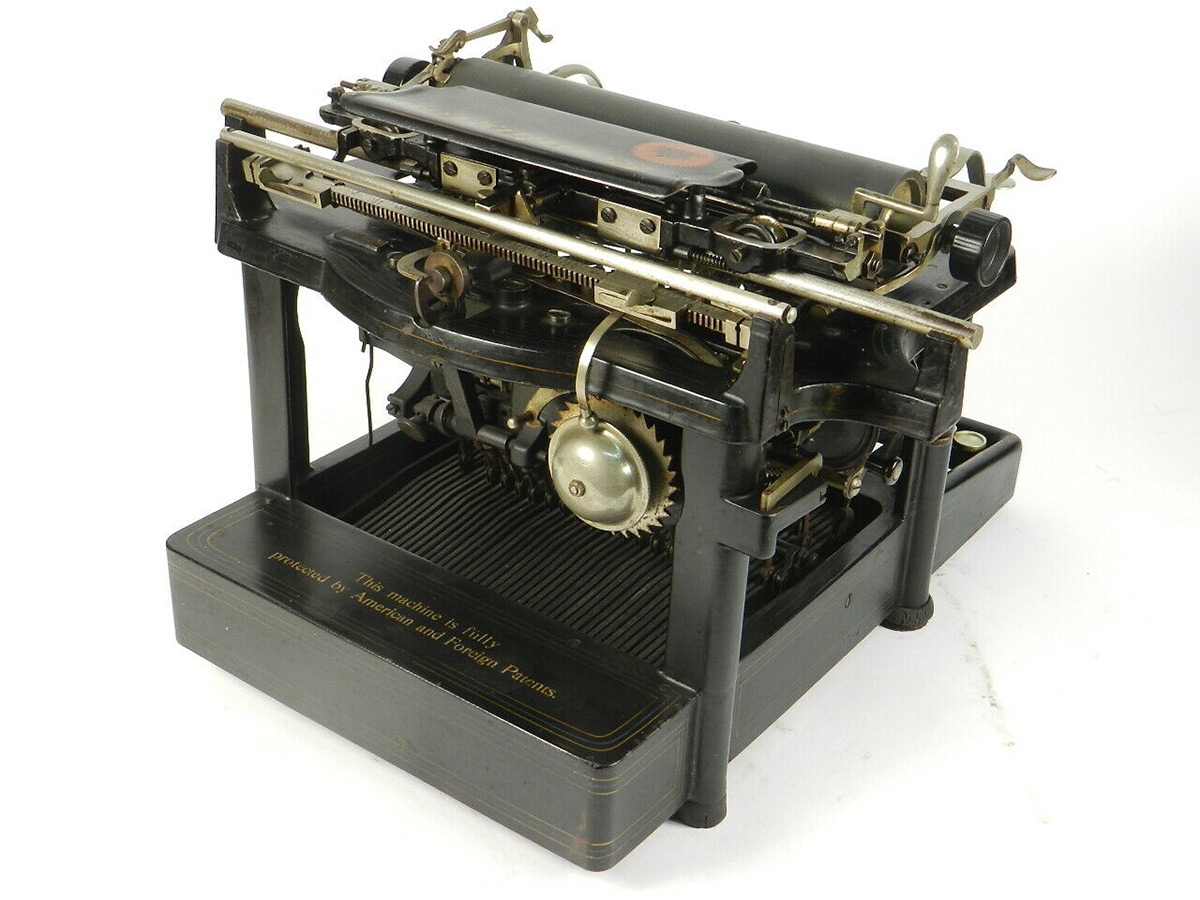 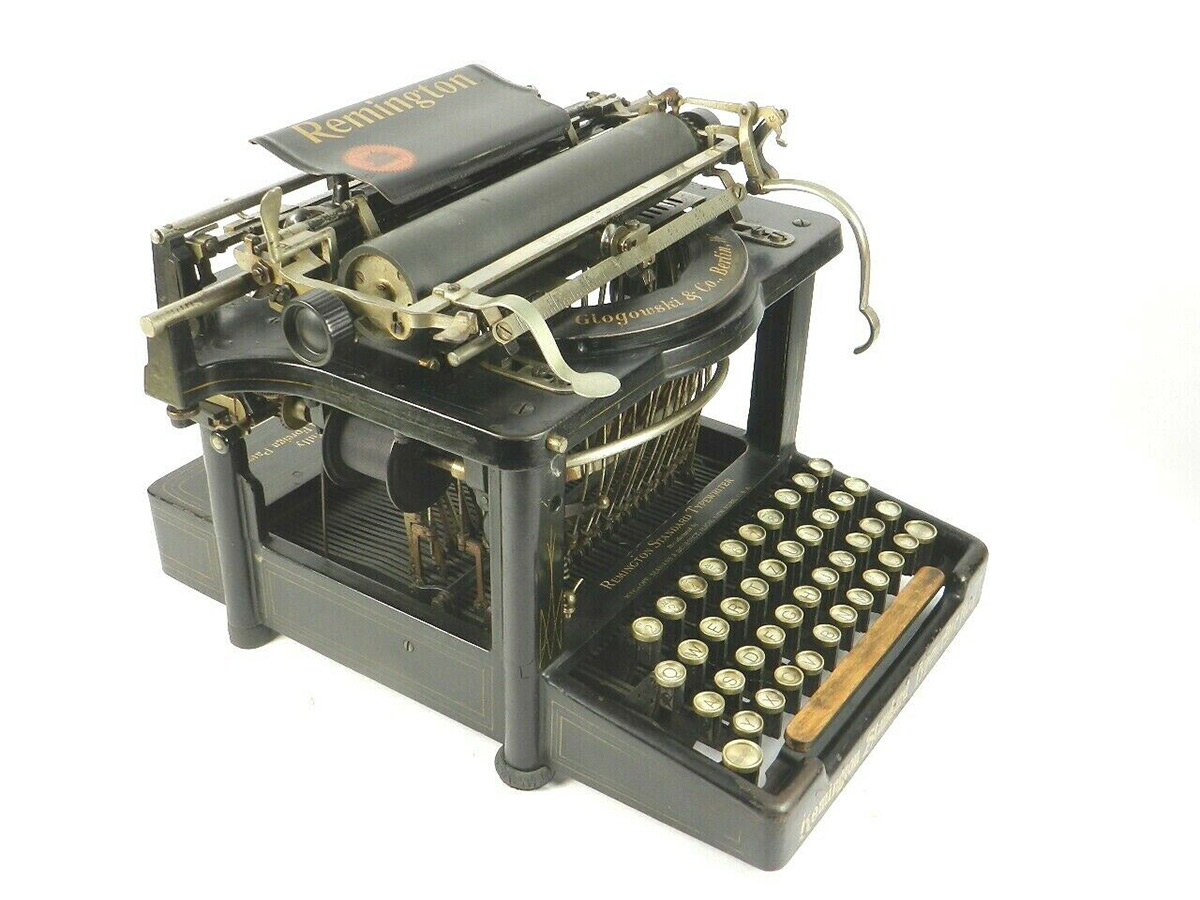 Remington Nº7 Typewriter, produced in 1904 in Ilion, New York, US.
Nº7 is probably the most common Remington machine with hidden writing (one needs to pull the cart to check what it has been written), since it Remington sold about 250.000 units.
A lot of Remington Nº7 went to the german market and this acquisition is an example of that. Commercialized by Glowosky & Co in Berlin, it has the german keyboard. Originally, Nº7 was thought as a Nº6 variant for foreing languages, given their own particularities such as accents. At the end, they found new uses in the english language for those additional keys, and it did not take much time for Nº7 to overtake Nº6 in sold units within the american market.