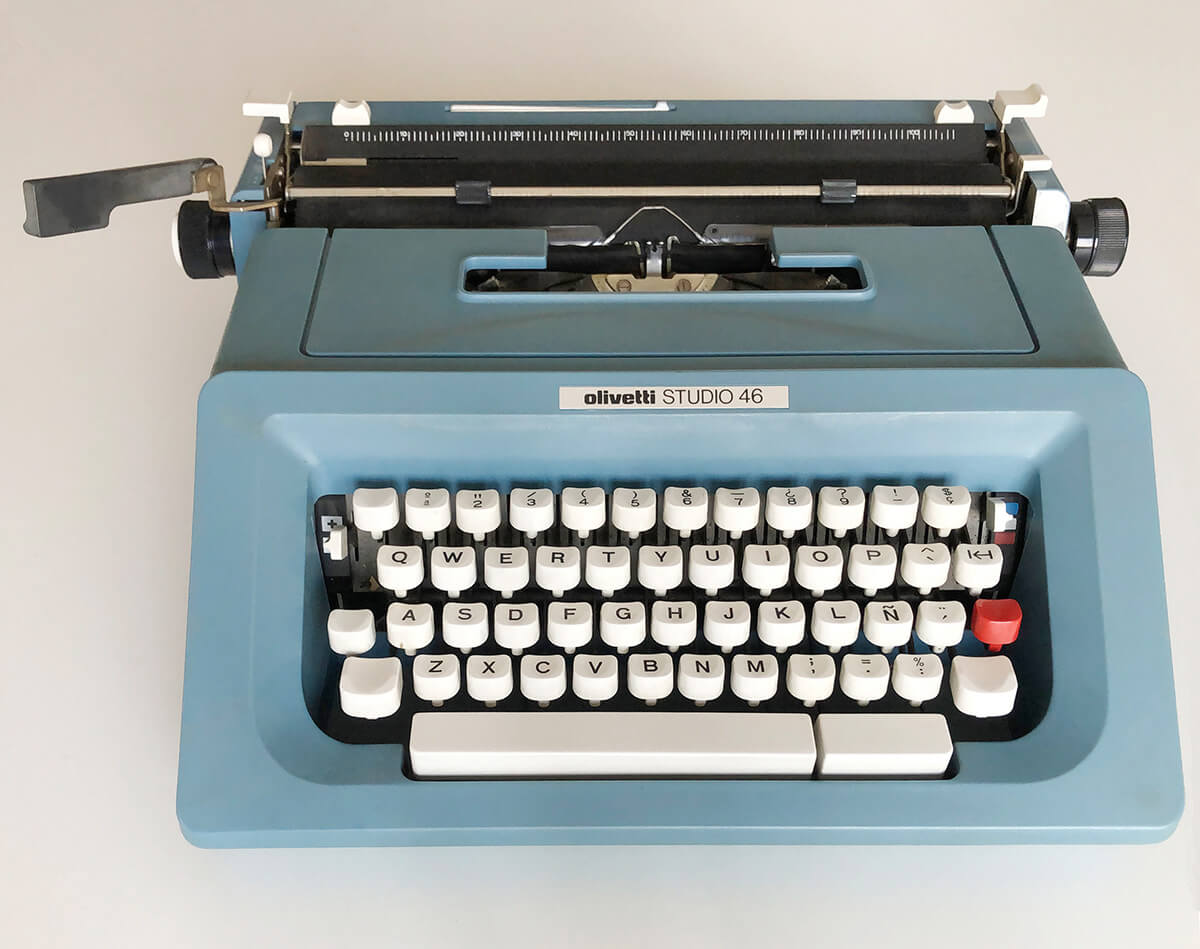 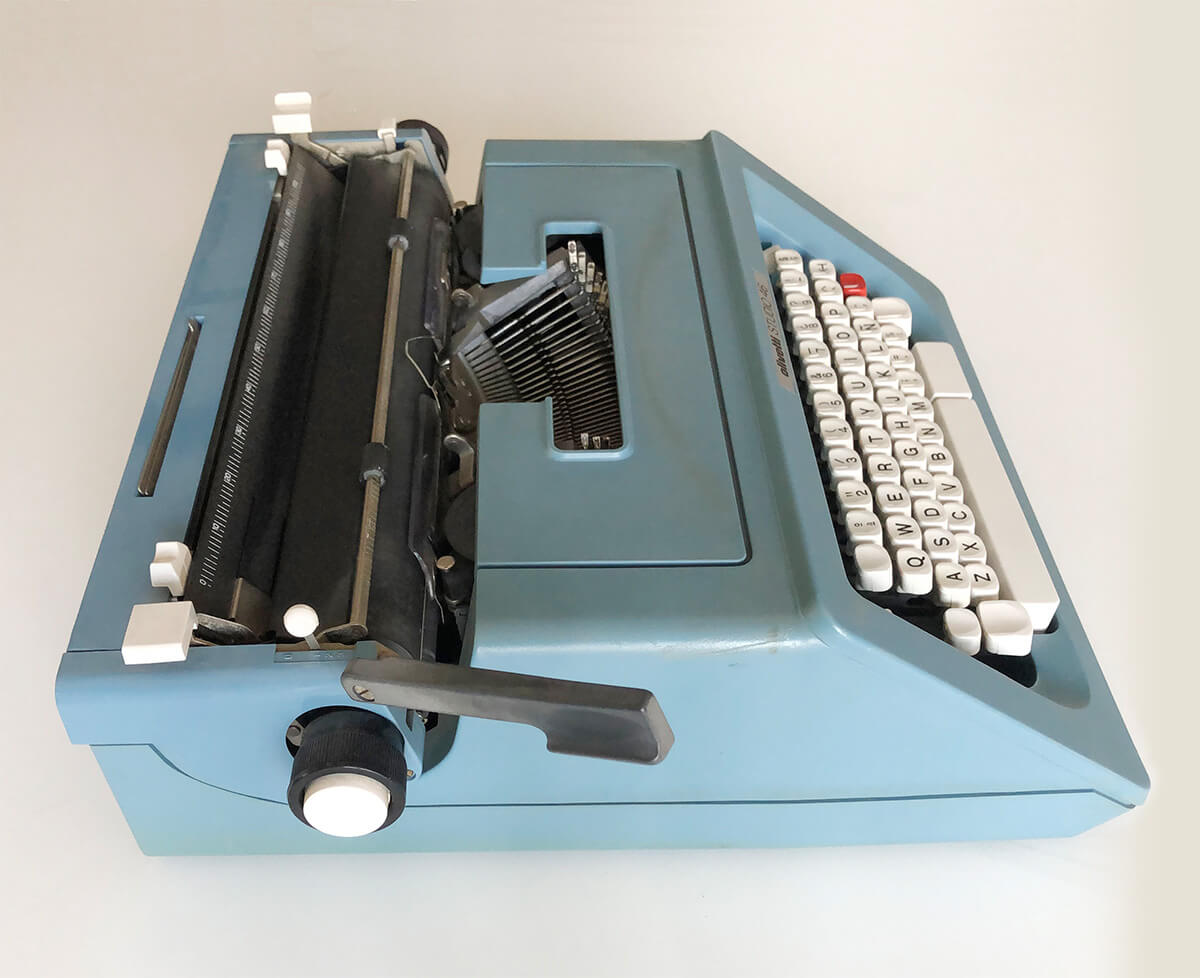 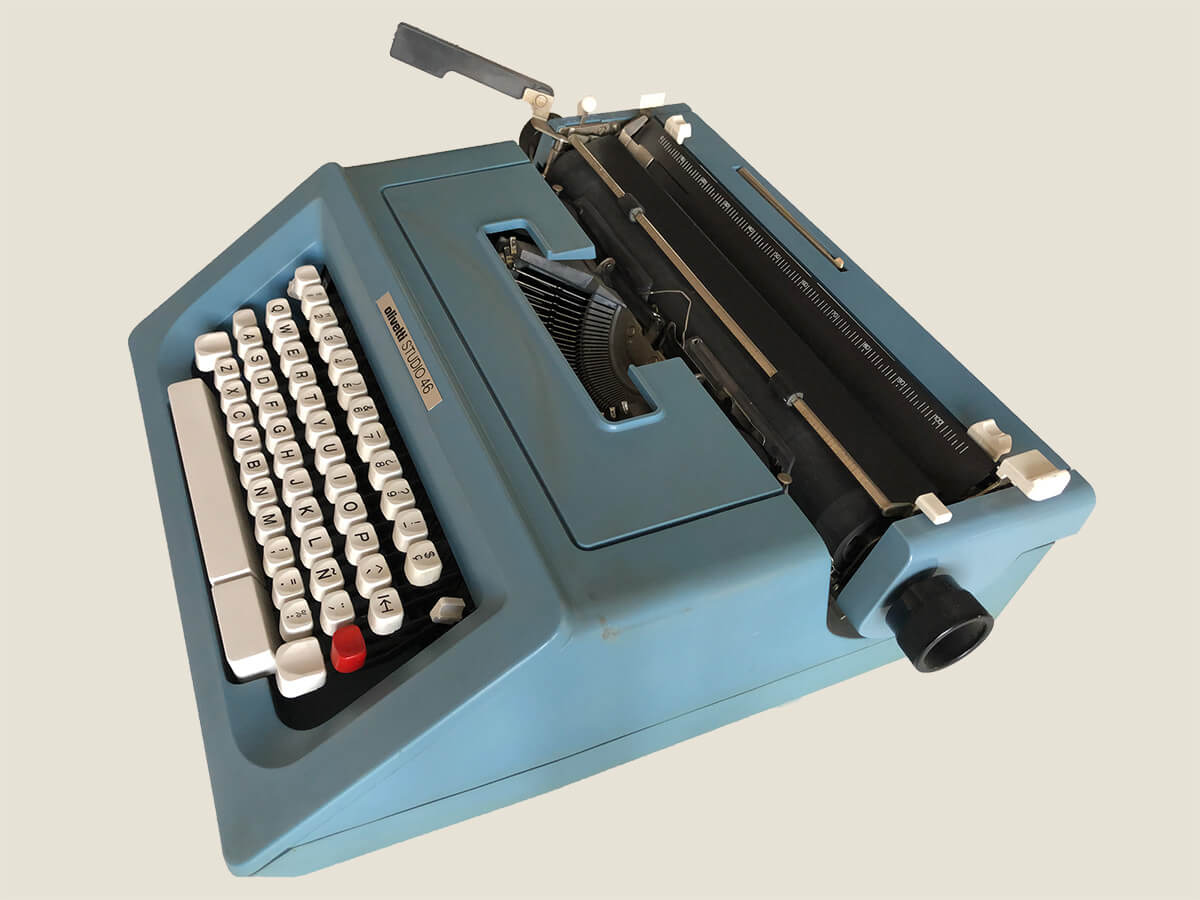 The Olivetti Studio 46 is a portable mechanical typewriter. Designed by the architects and designer Mario Bellini, Antonio Macchi Cassia, Gianni Pasini and Sandro Pal in 1973; the first version was released in 1974 and features an alluminum body.

Later it came out the other three due to the success achieved in offices and homes from the first version until early 90s.

In 1977 this body was substituted for one made from plastic to be lighter and designed for a young clientele.