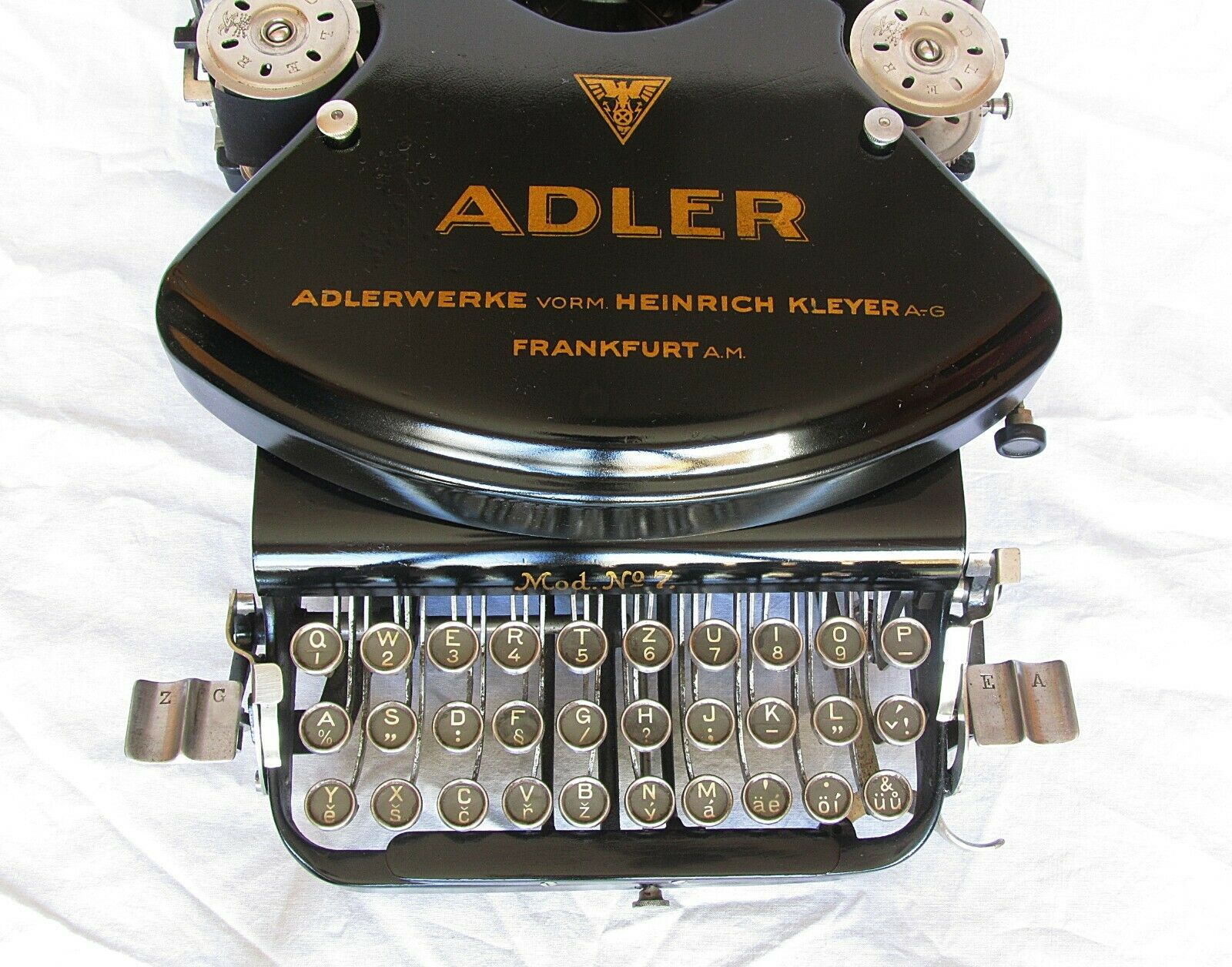 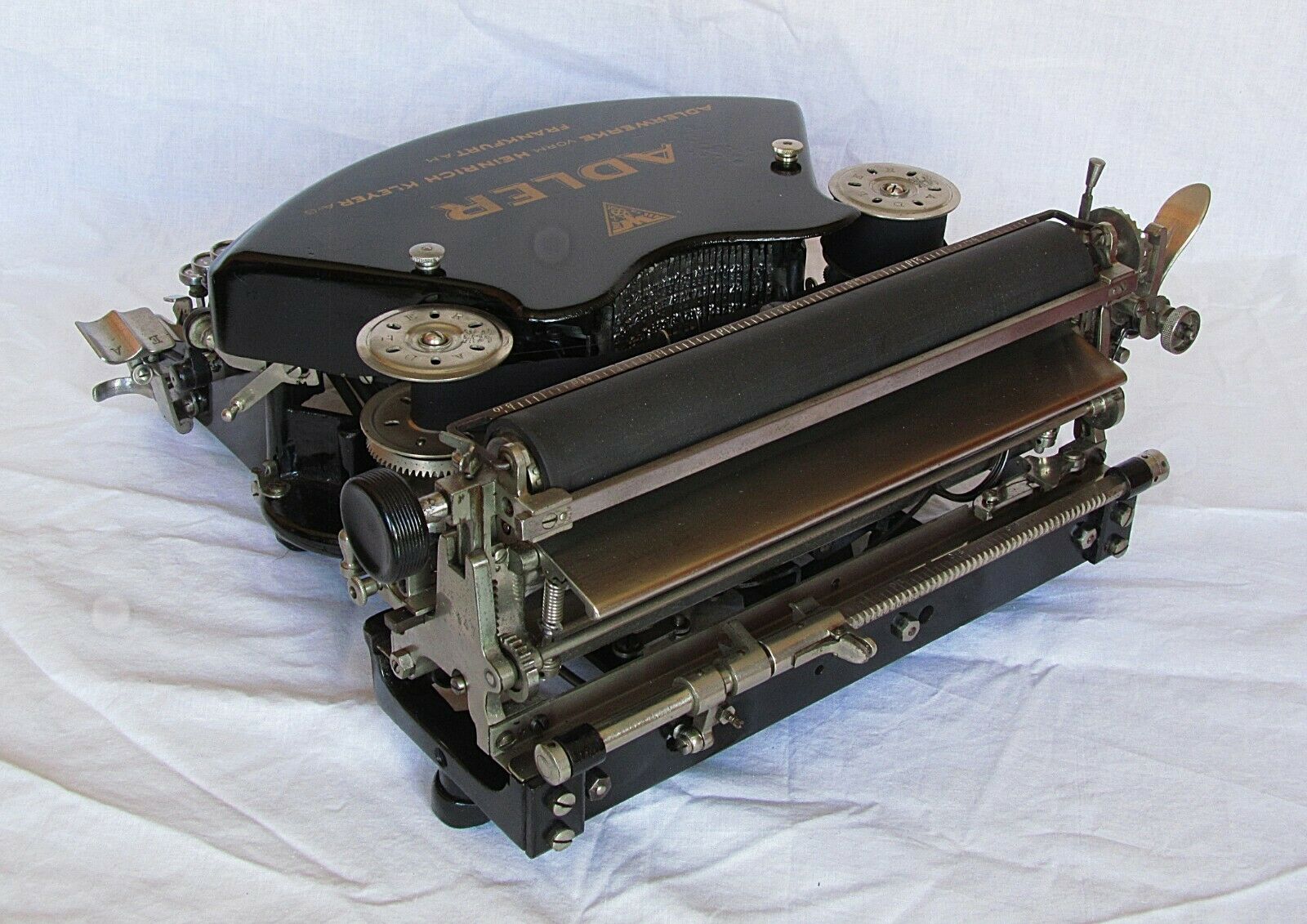 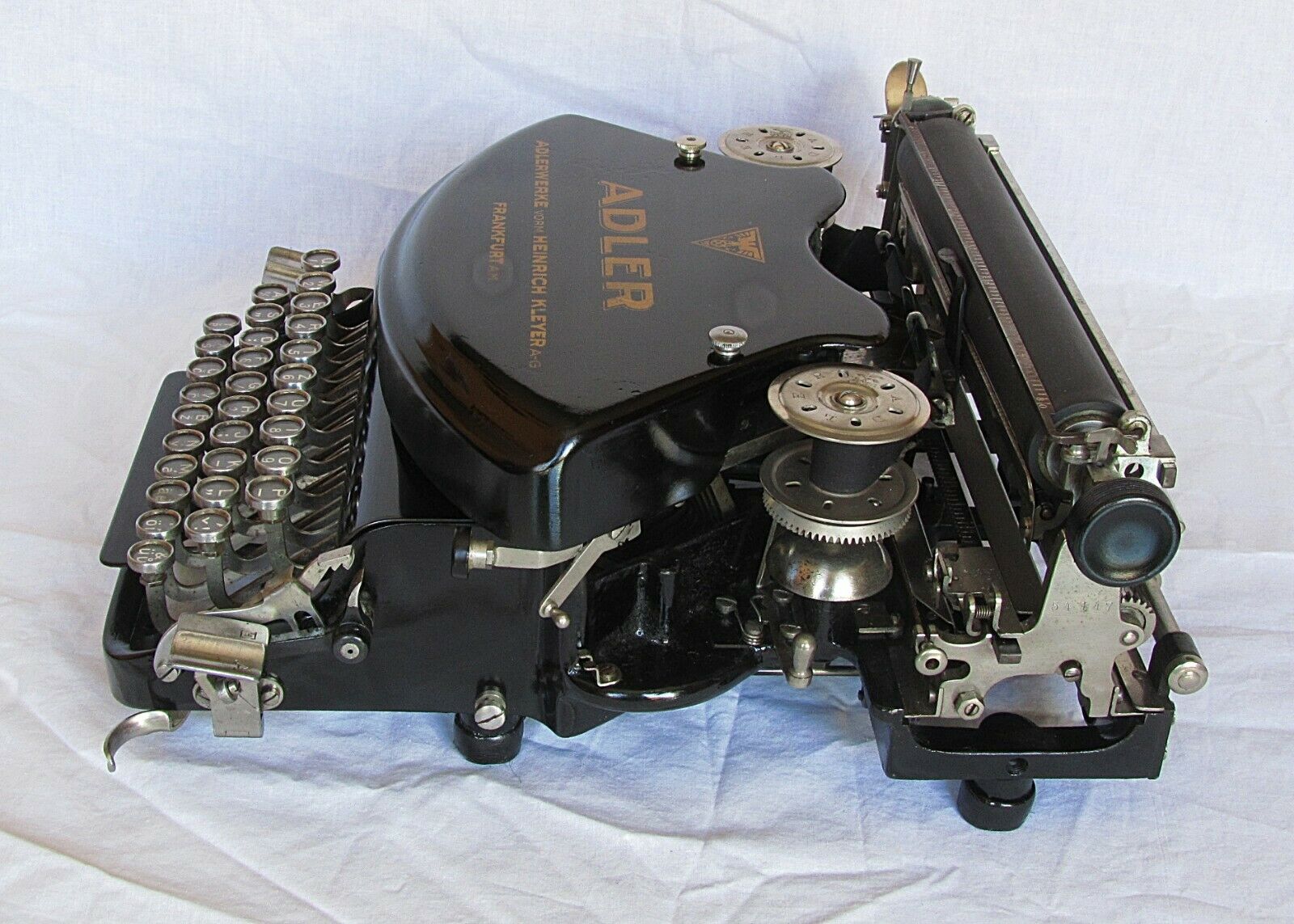 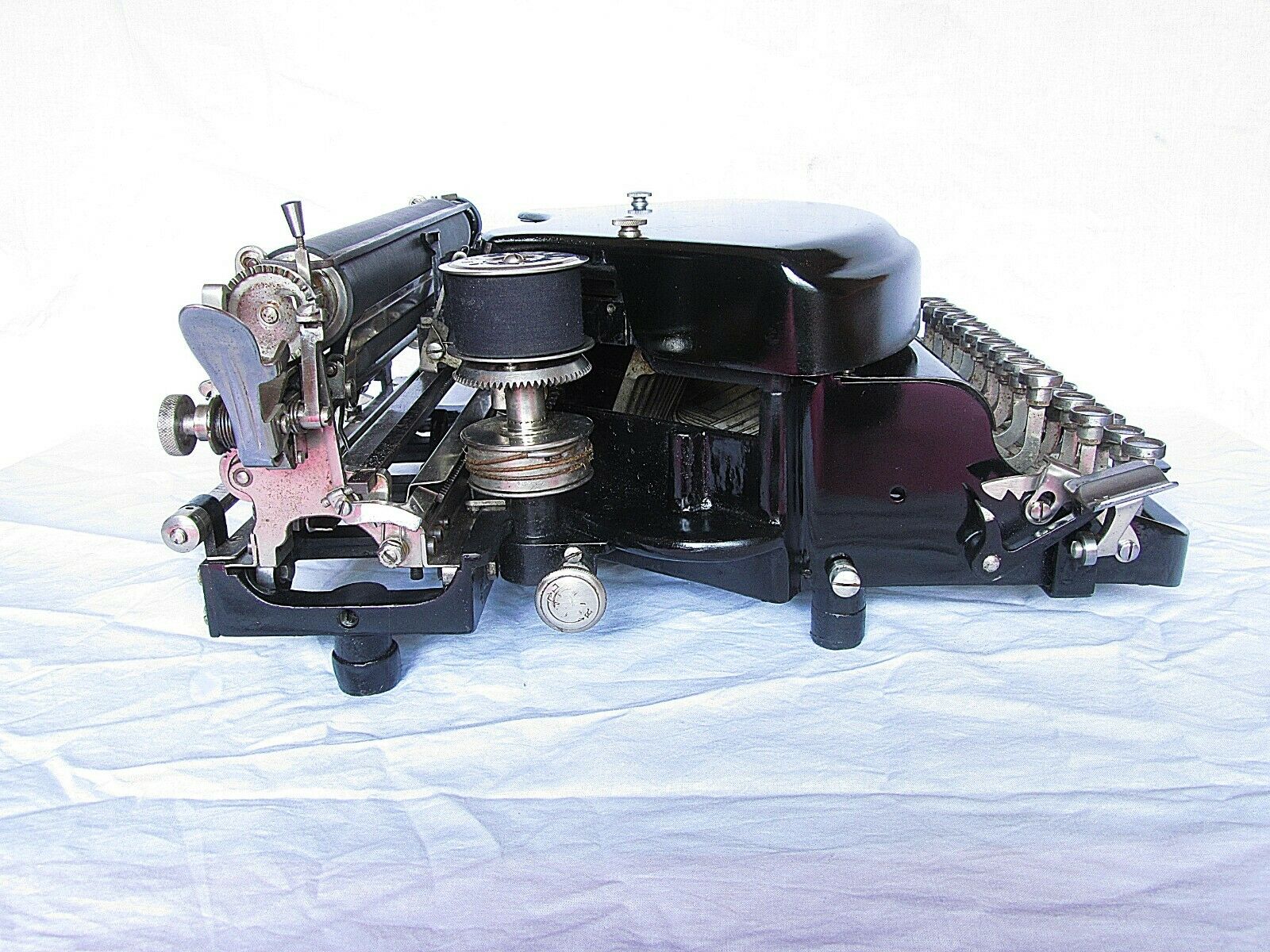 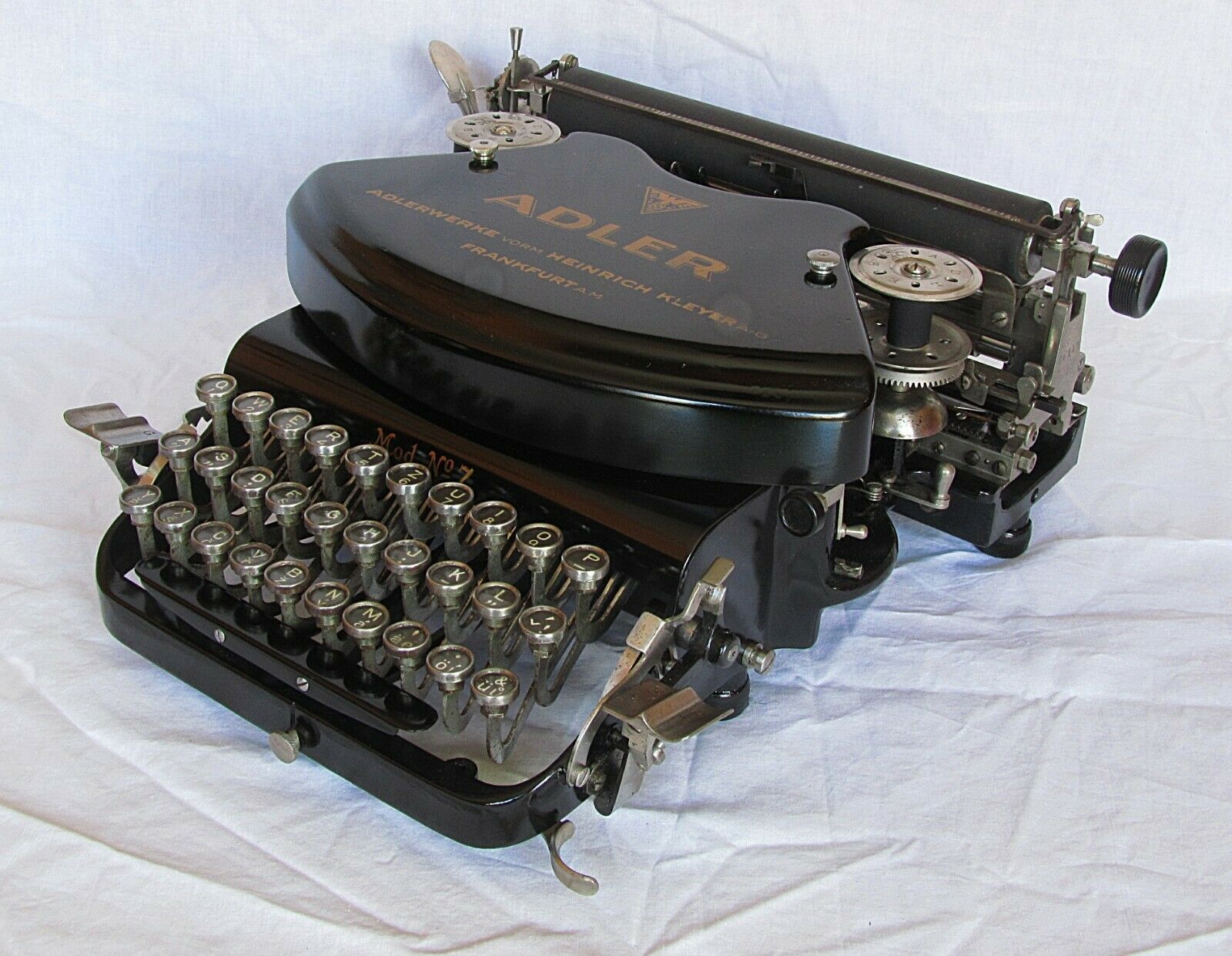 Like a few other typewriter manufacturers in Germany, Adler began life as a maker of bicycles. When they decided to diversify by 1898, they did the sensible thing and bought a licence to make the American ‘Empire’ typewriter rather than try to make their own from scratch. The ‘Empire’ was designed by Wellington P. Kidder.

The special feature of all Adler machines was the visible font. Through a lever link, the type bars slide horizontally on a hardened steel plate and then arrive in a solid type guide for frontal impact.

The keyboard consists of three rows of 10 keys each, whose arrangement was essentially the universal keyboard. With the 30 keys, 90 different characters can be written by double switching.

The purchase price of a machine was initially 300.00 Gold Mark, a considerable amount for the conditions at that time. As there was no trade in office machines, Adler was initially sold through Adler bicycle dealers.