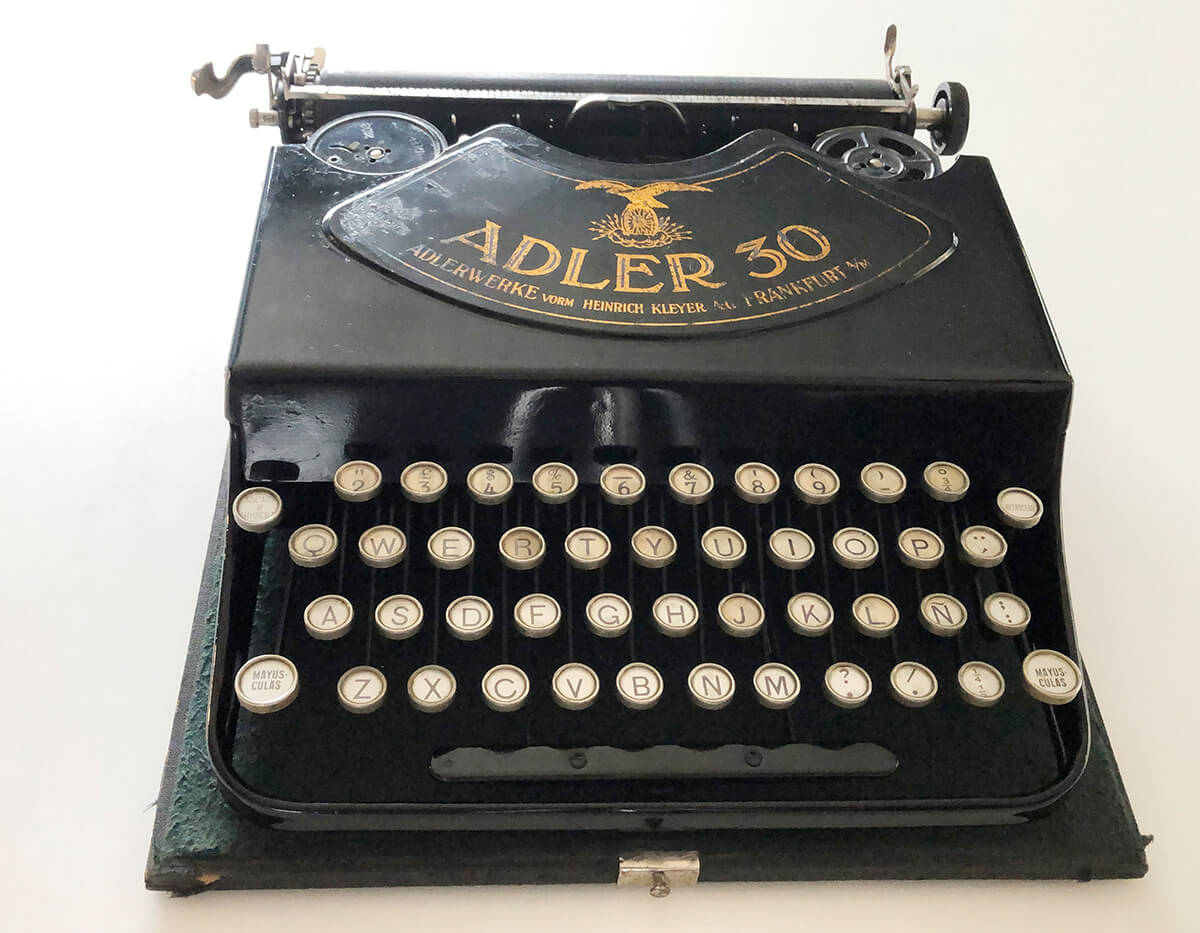 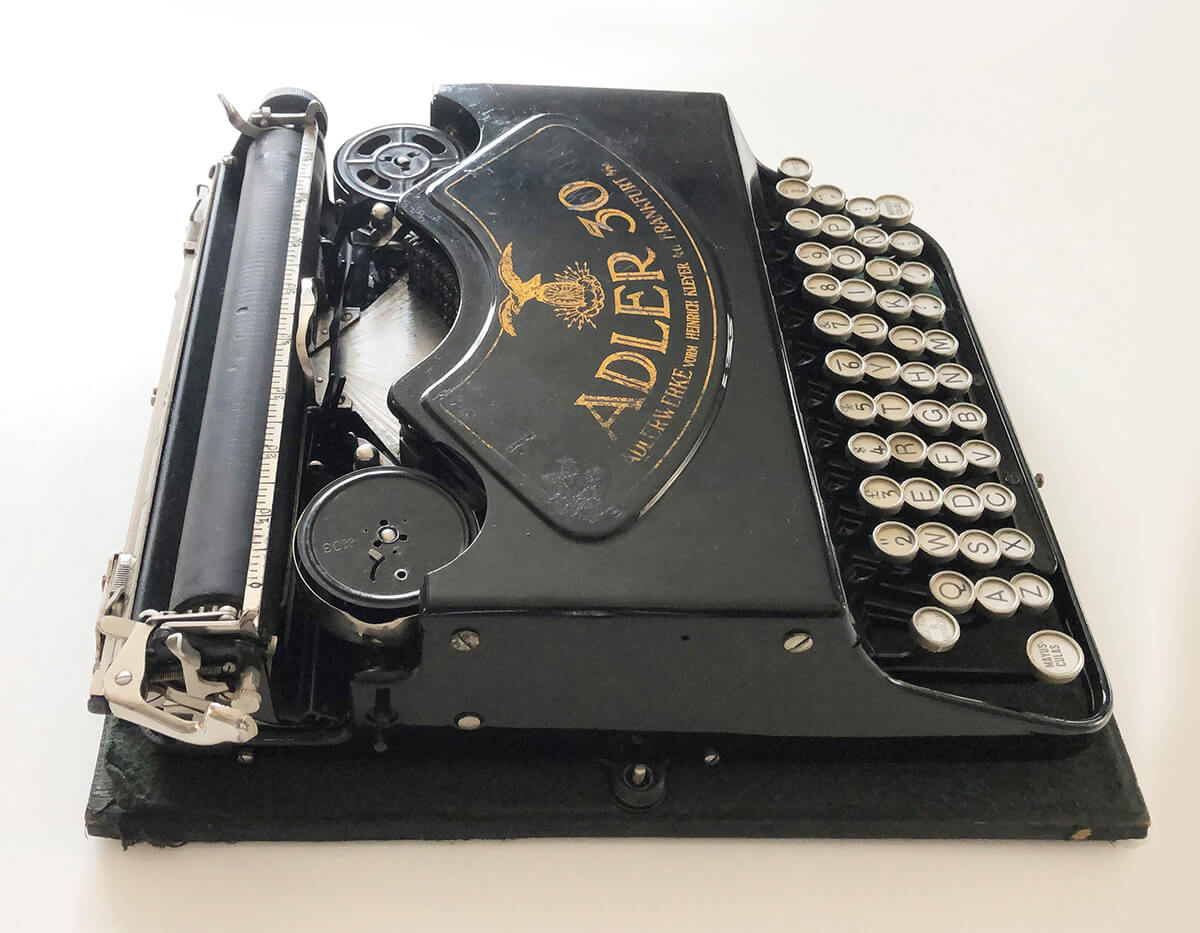 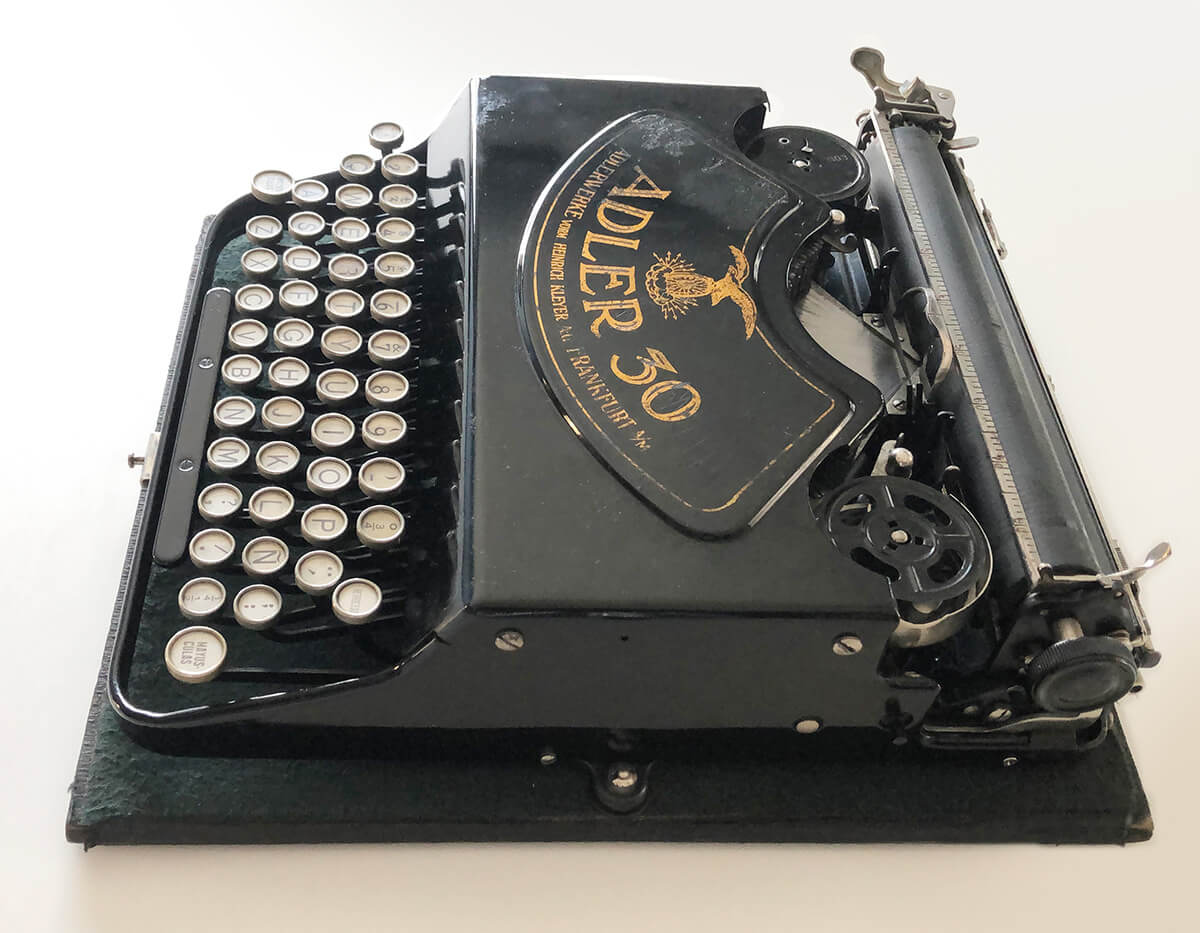 Like a few other typewriter manufacturers in Germany, Adler began life as a maker of bicycles. When they decided to diversify by 1898, they did the sensible thing and bought a licence to make the American ‘Empire’ typewriter rather than try to make their own from scratch. The ‘Empire’ was designed by Wellington P. Kidder.

Unlike most other typewriters, the Kidder design utilised a series of horizontal plungers to print. Arranged in a semi-circle, each plunger would converge on a central printing point.

The original Empire was a full-size office machine, but by 1913, Adler had begun manufacturing a smaller portable version too. Originally called the ‘Klein-Adler’ (‘klein’ being the German word for ‘small’) it was also known as the Model 2 and in export markets as the Model 30.