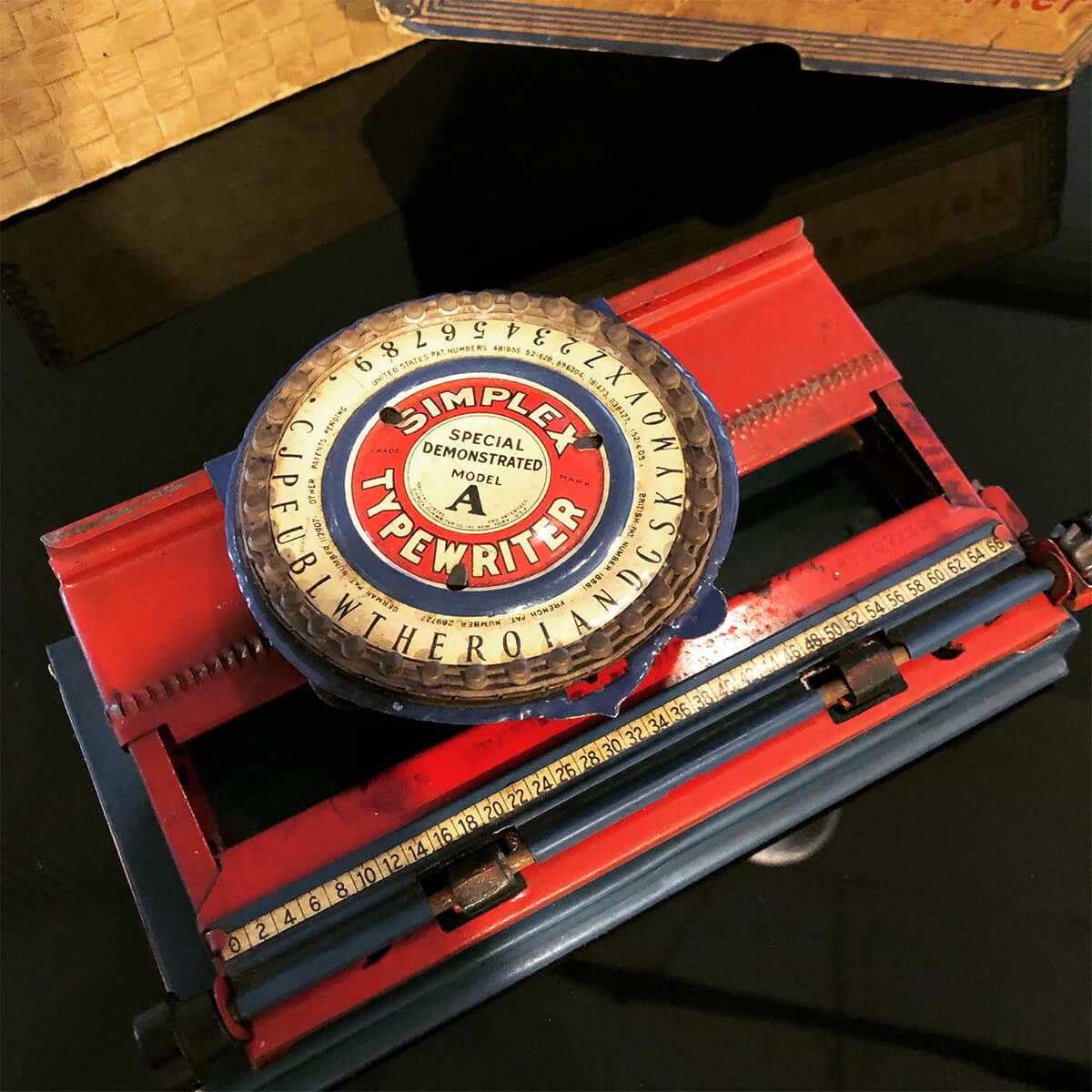 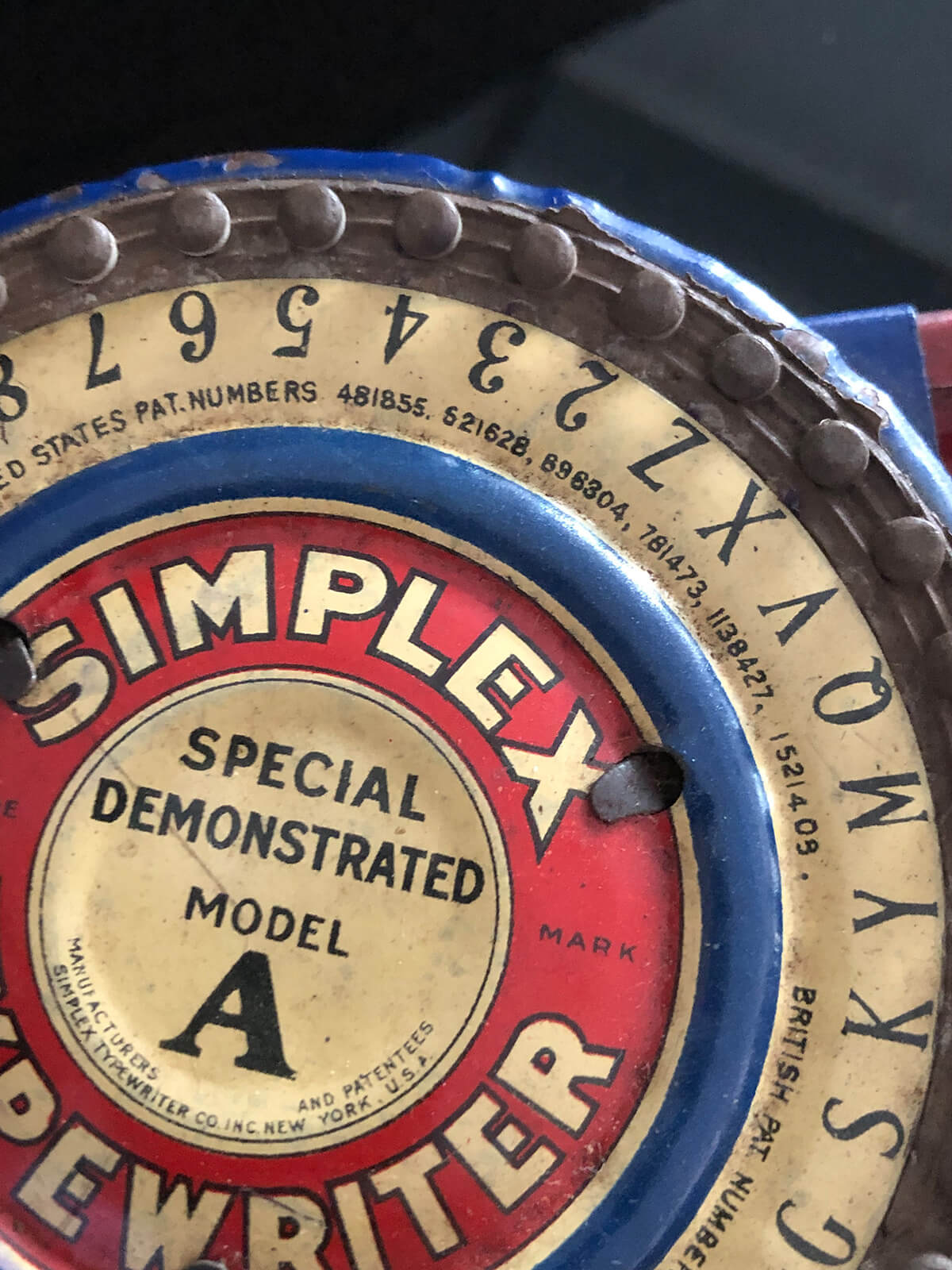 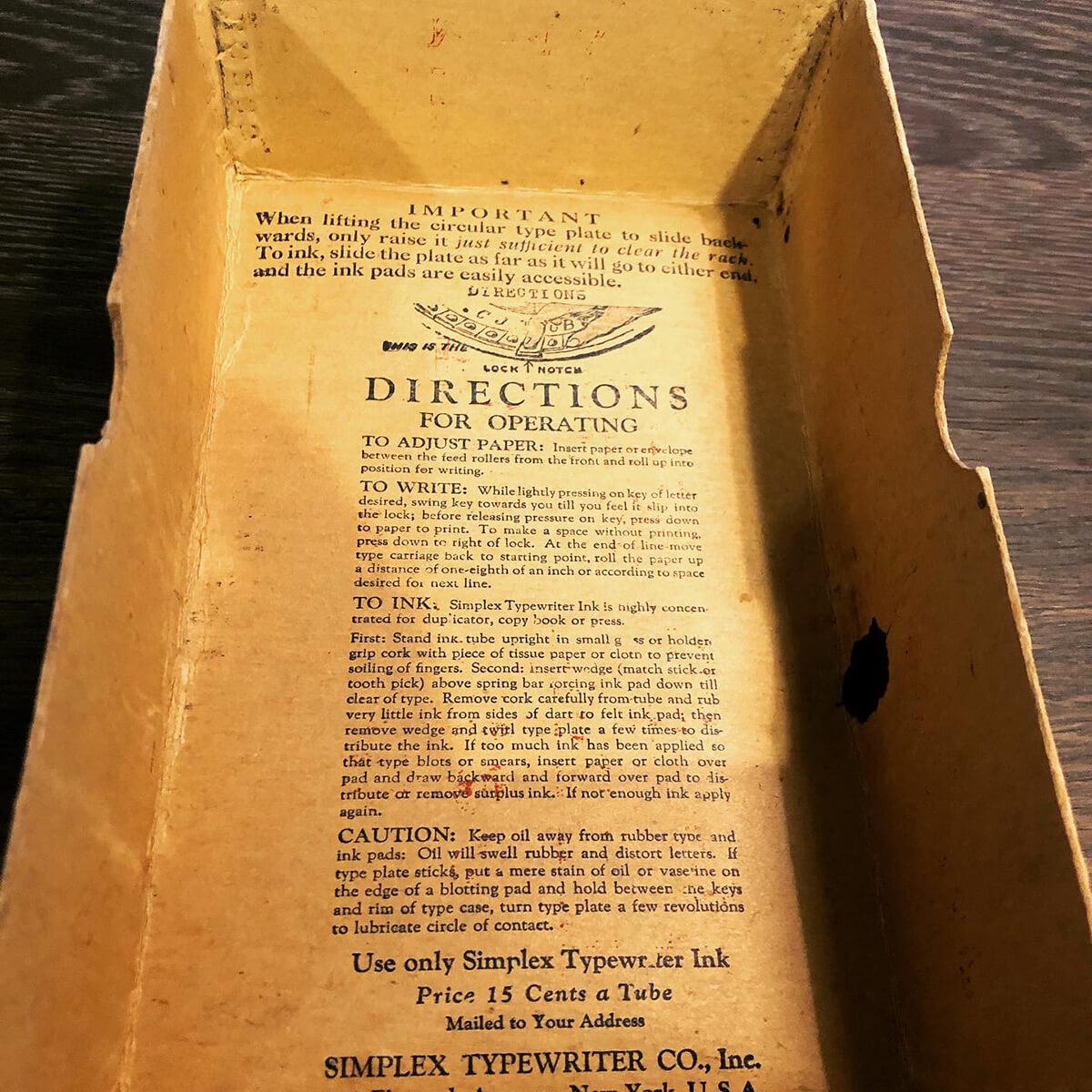 Working quietly, humbly and firmly, the Simplex The Typewriter Company of New York City managed to carve out its own little niche in the American economy for half a century.

Originally, the Simplex was intended to serve as a serious typewriter for those of modest means (the price of the first Simplex it was $2,50; a Remington was $100).

To write, one simply turns the wheel until the correct letter is at the printing point and presses down. In doing so, a simple device pushes the cart or typewriter forward one space.