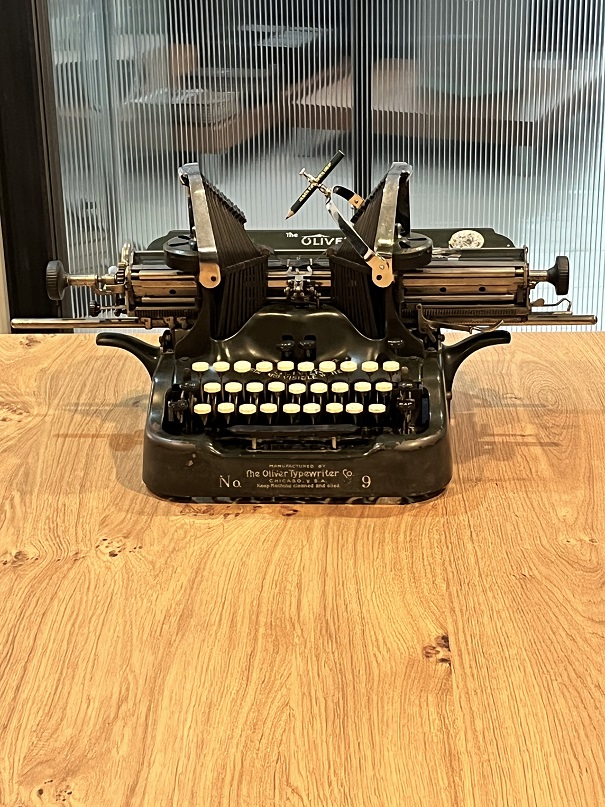 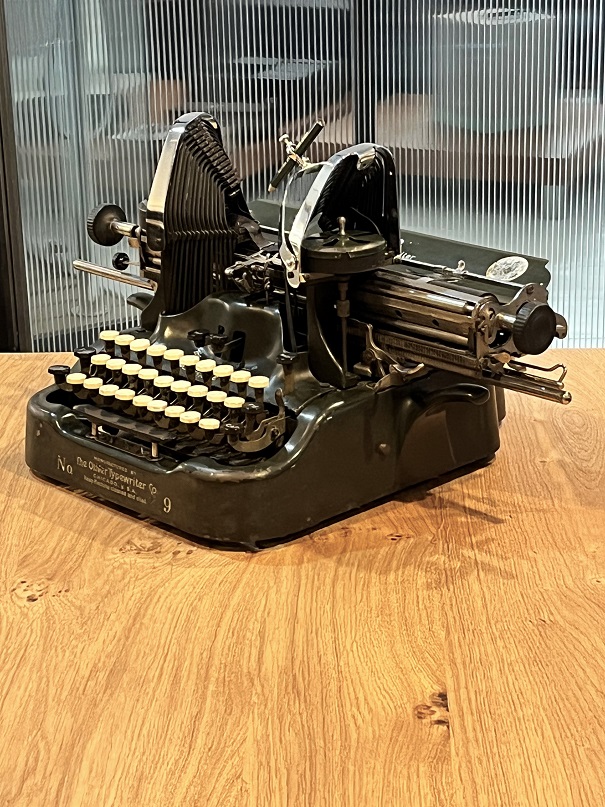 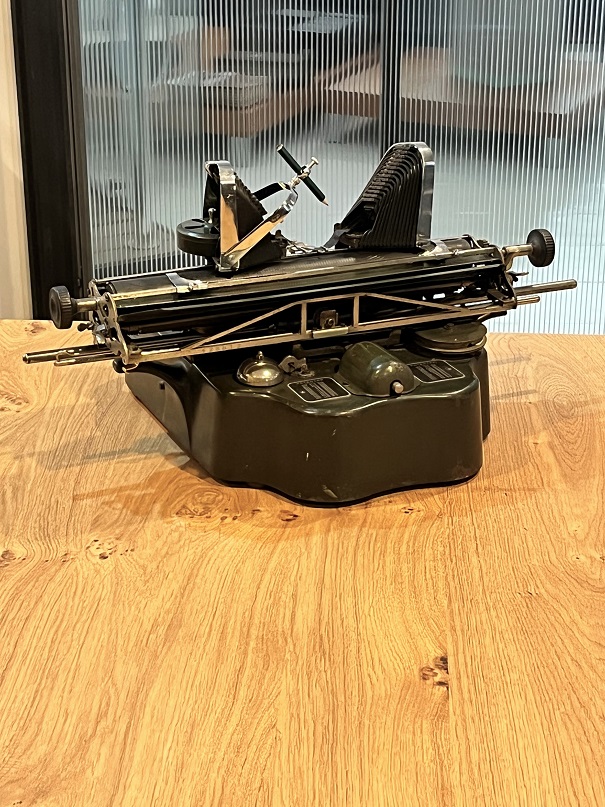 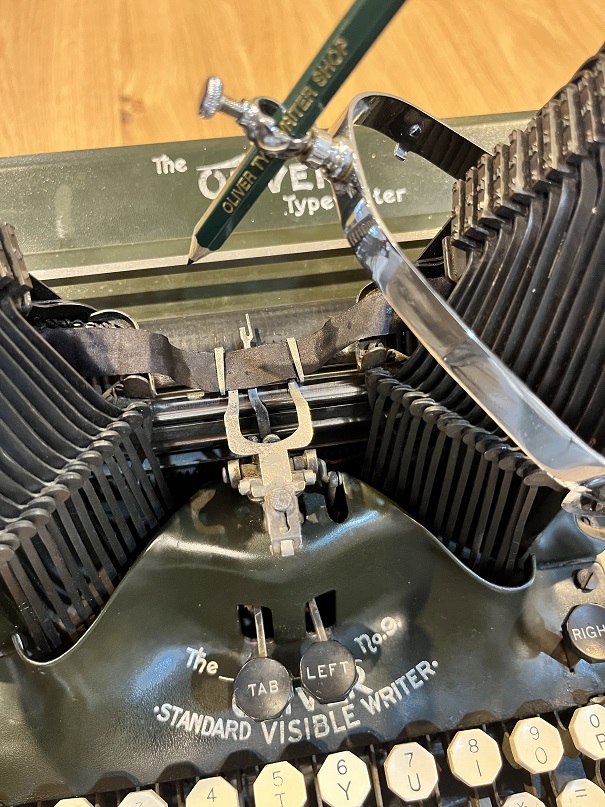 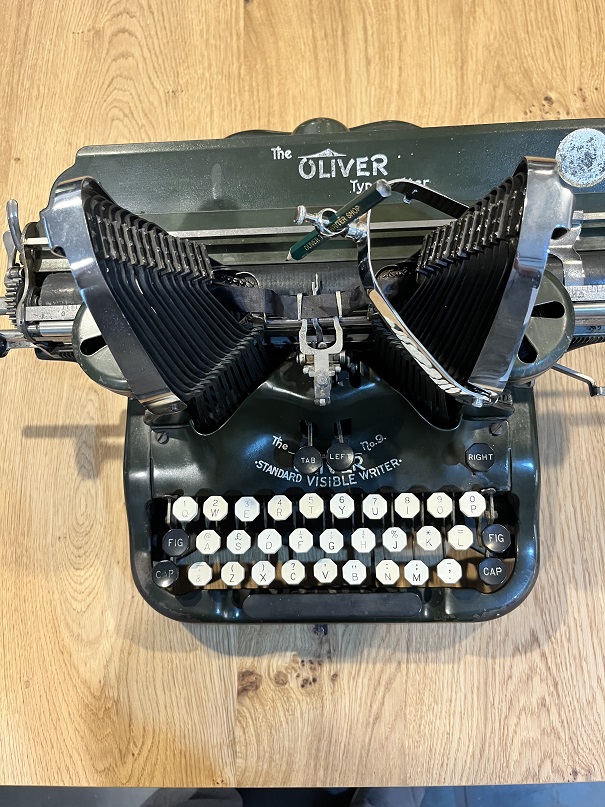 The Oliver Typewriter Company was an American manufacturer of typewriters based in Chicago, Illinois.

It has a very original mechanism based on lateral striking, very different from the mechanism found in the usual typewriters. The machines Oliver they were considered the first "visible print", which meant that the typist could see the text as he typed it. Although the Oliver they were preceded by the Daugherty typewriters which were also 'visible print'. Oliver produced more than a million machines between 1895 and 1928.

A nifty feature of all Olivers (excluding #1) is the removable carriage. Cart removal allows for easy cleaning, maintenance, and swapping of carts of different sizes. This machine has an 18” carriage.

La Oliver No. 9 comes from the factory with a ruler device (or pencil holder) to help the typist make horizontal lines on the paper. When a pencil is placed in the special holder, you can draw straight lines across the paper by moving the carriage.