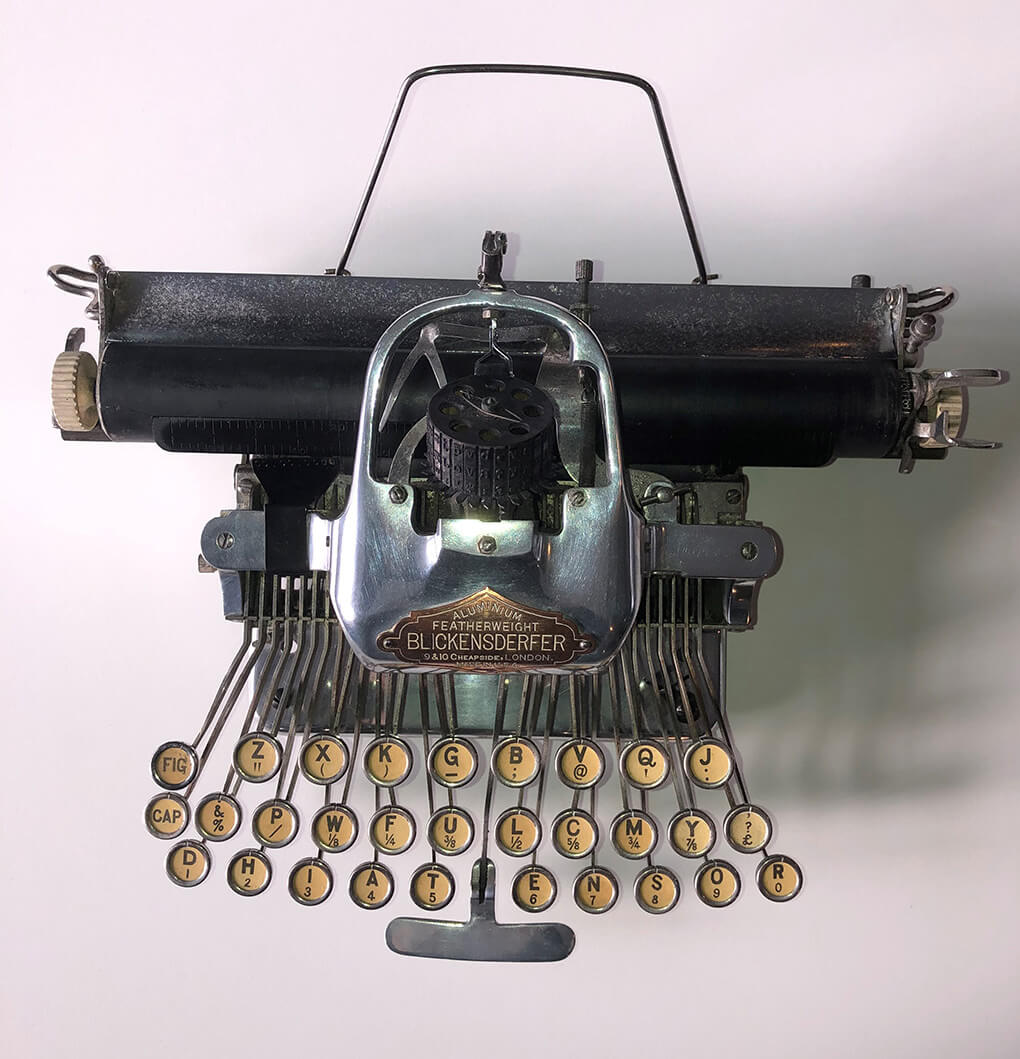 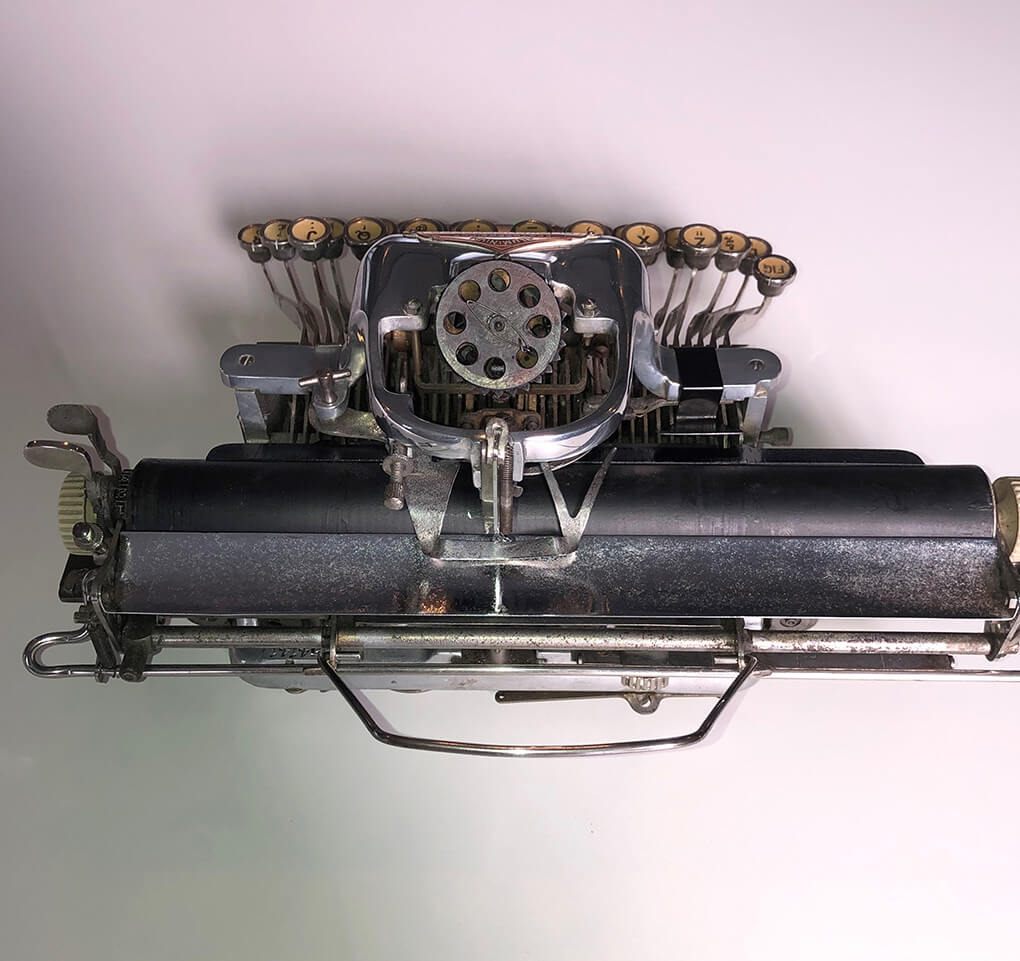 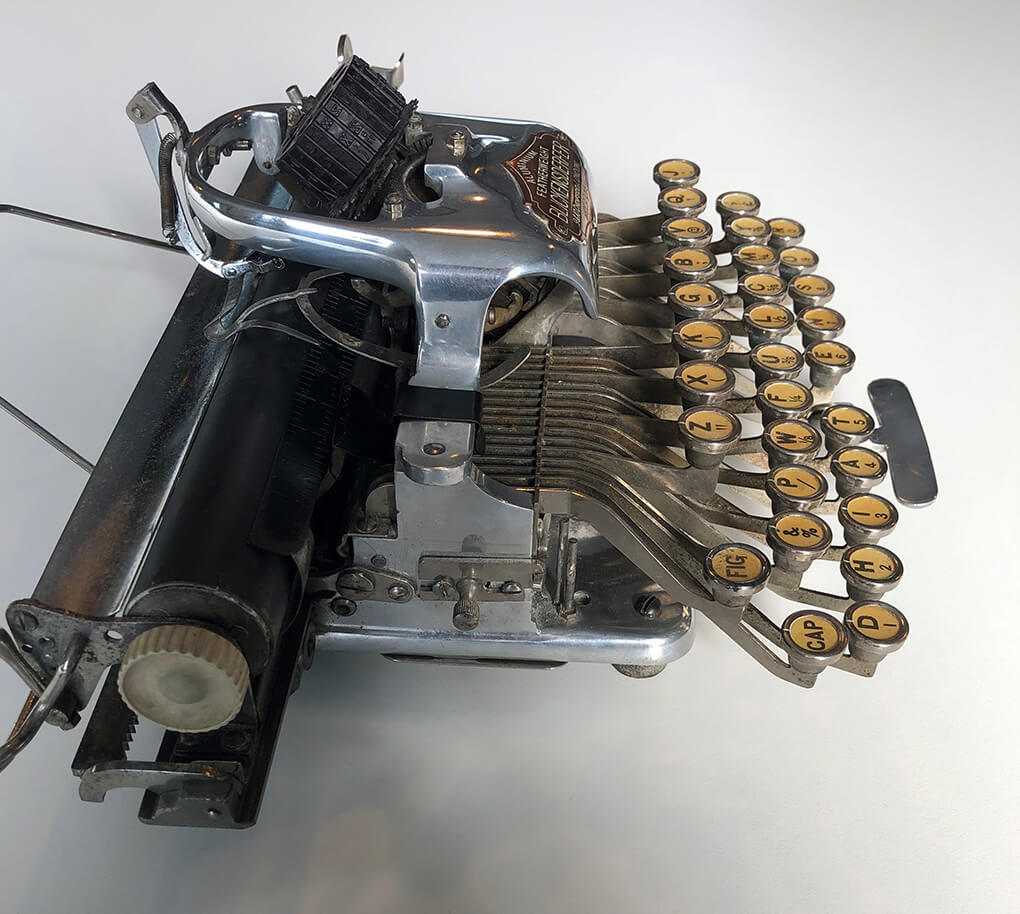 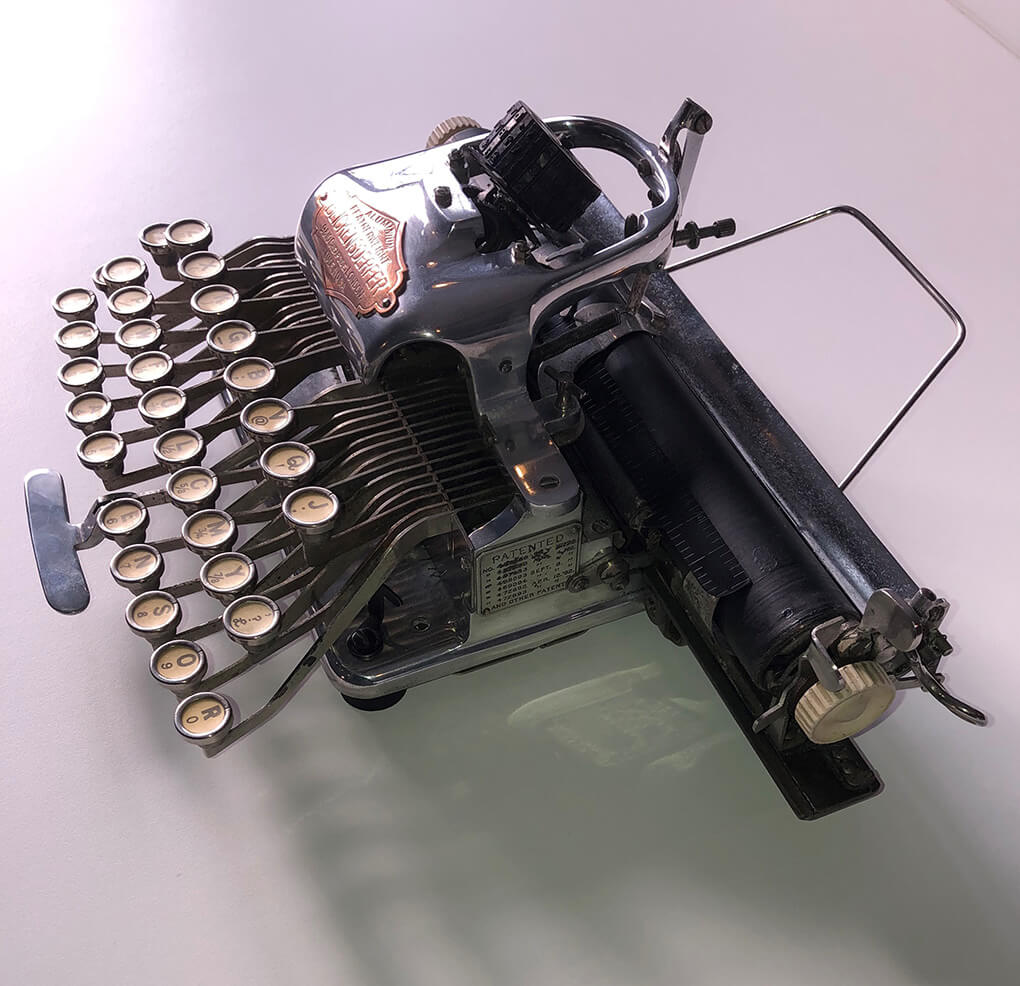 Serial number: 154141
In 1910 George Blickensderfer introduced the Aluminum Blickensderfer, which was cast in aluminum and was essentially a lighter version of the 6 using cast iron. The Blickensderfer is an early example of the use of lightweight aluminum in manufacturing. He also appeared as the Blick Featherweight, which was an upgraded Model 6. These typewriters weighed just 5 pounds and were widely marketed as "the five-pound secretary."