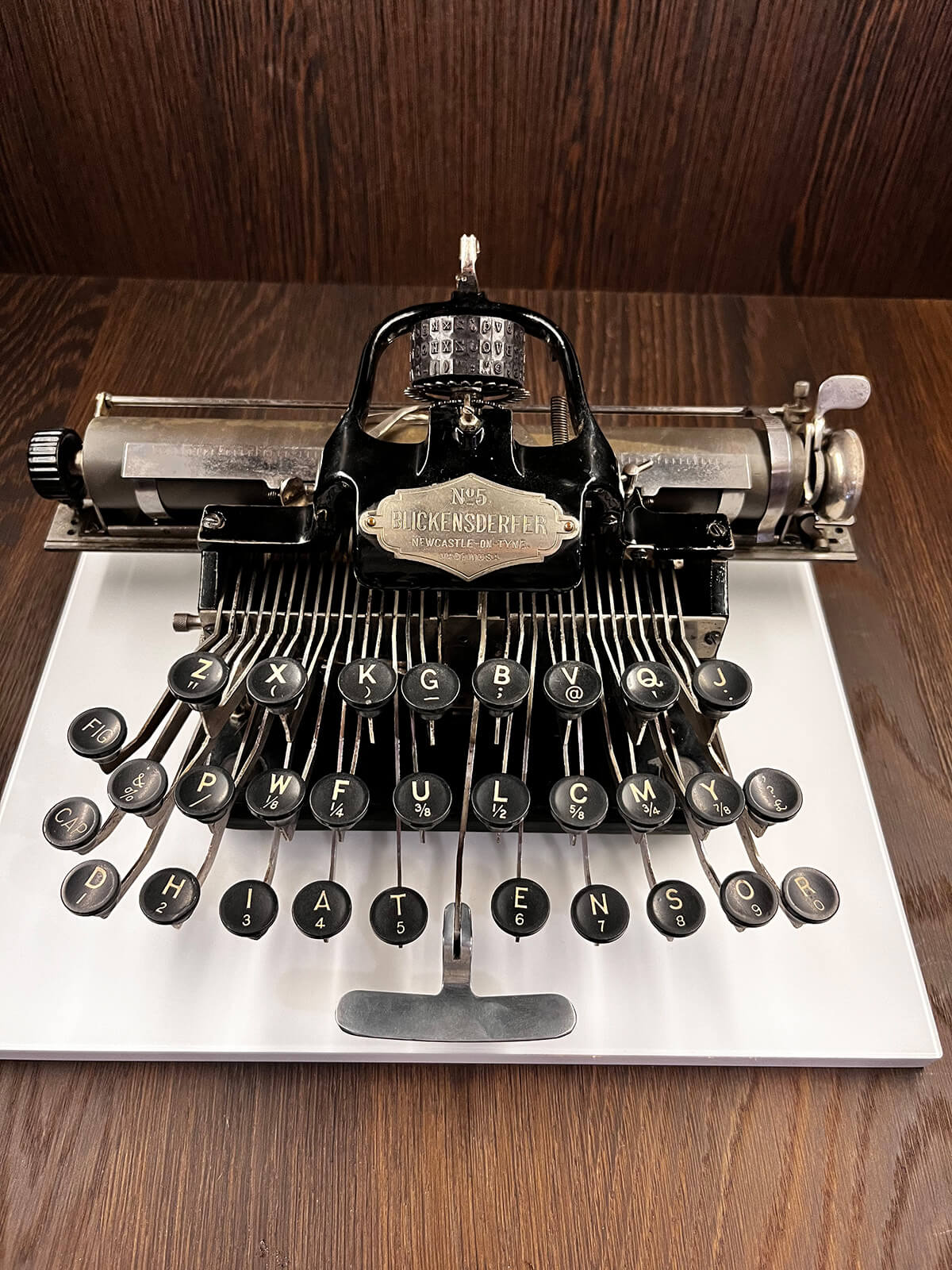 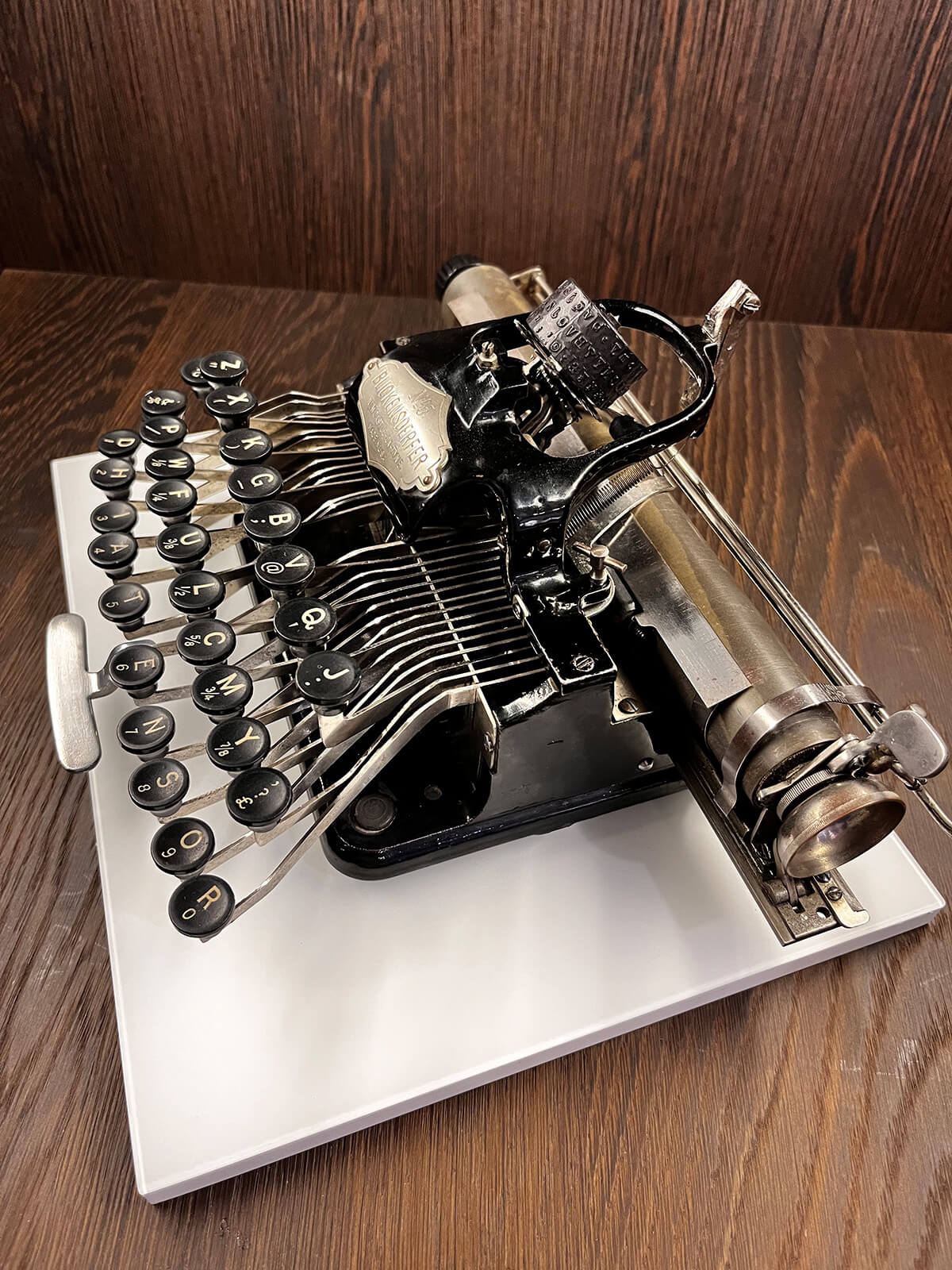 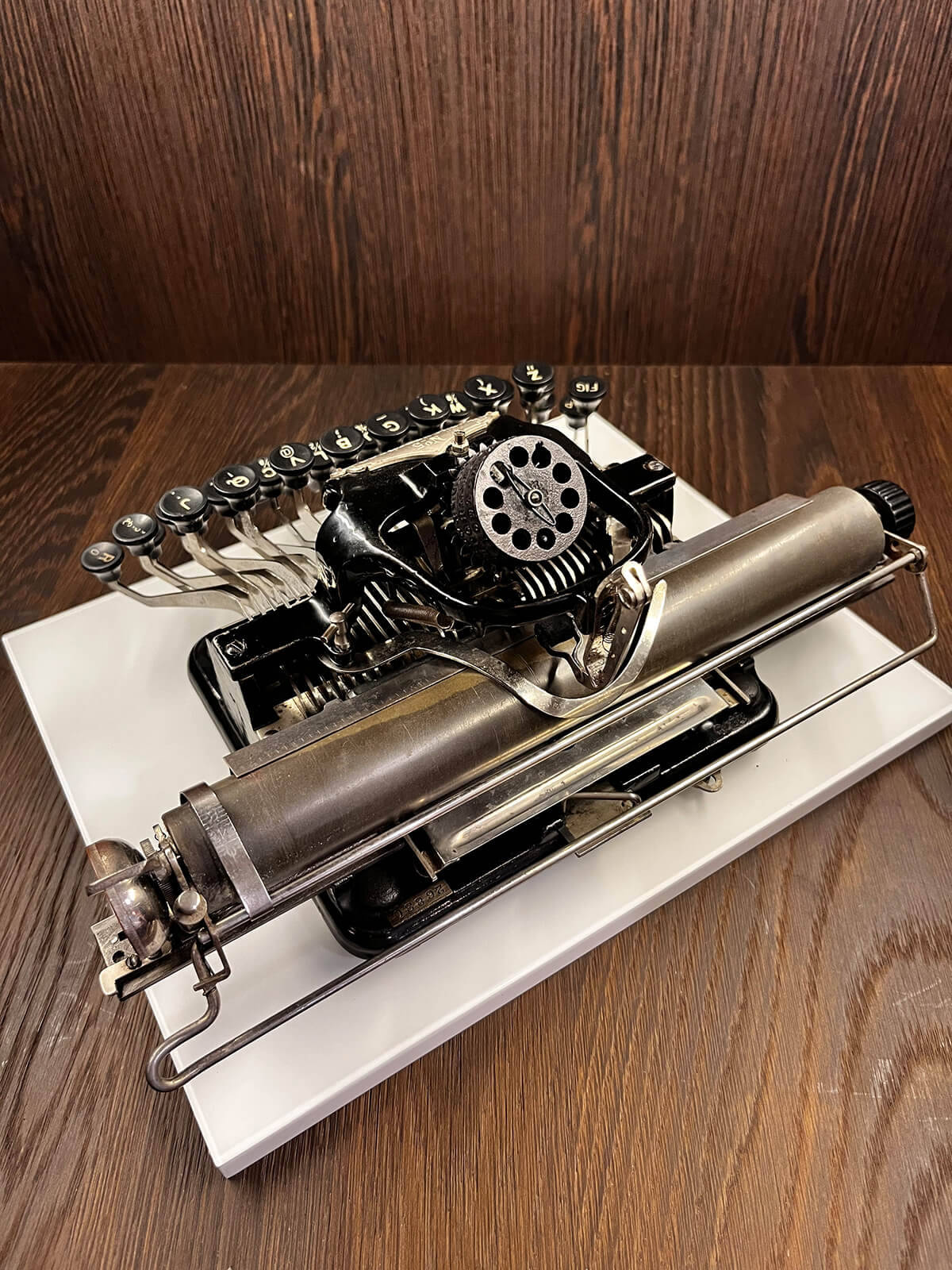 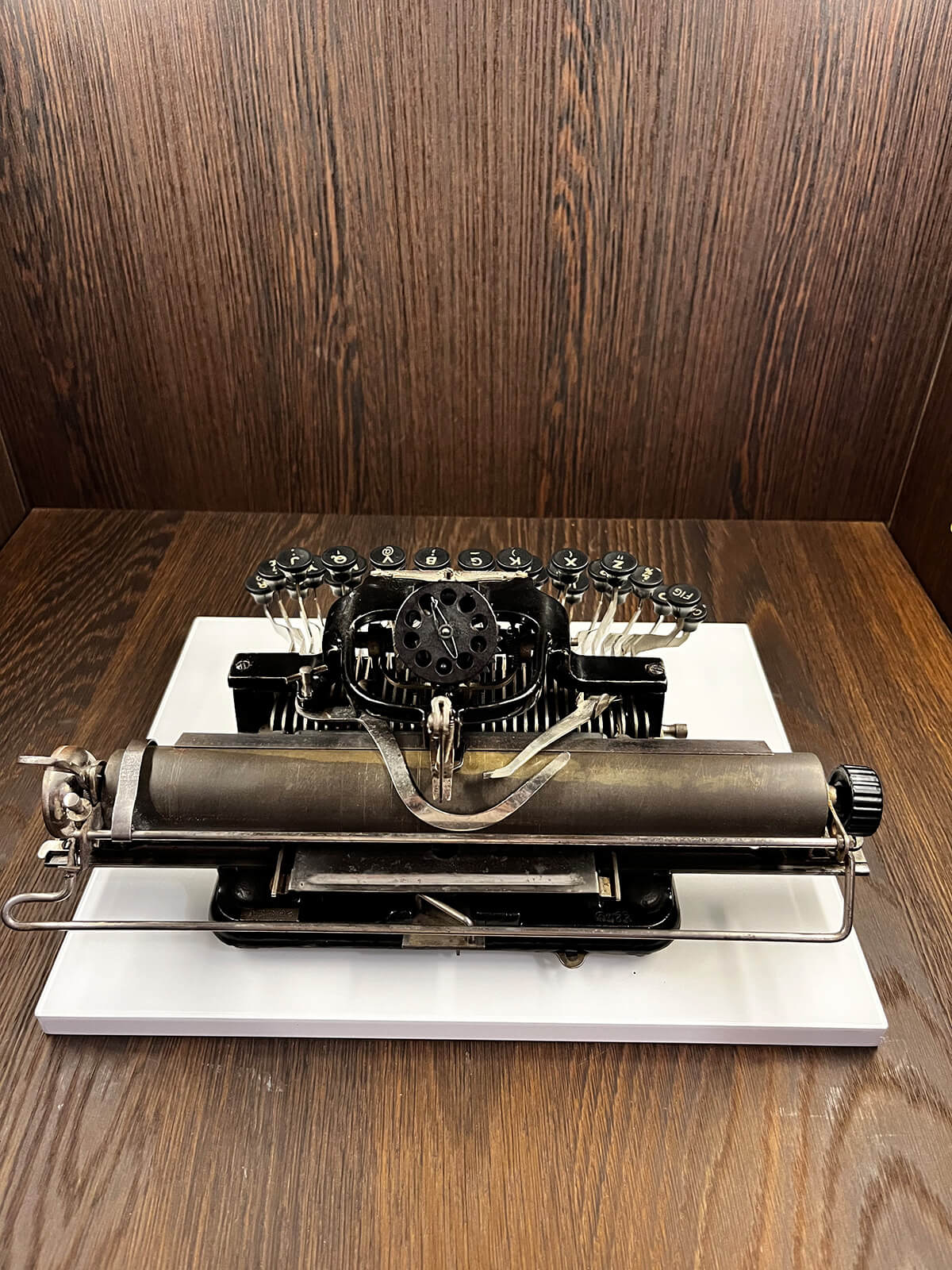 Serial number: 26830
George C. Blickensderfer (1850-1917) began designing typewriters with his name in 1893. The key feature of the Blickensdefer was its portability, lightness (with only 250 pieces), ease of transport. The keyboard layout was basically based on positioning the most used letters in the lowest row (DHIATENSOR) to increase efficiency. The letters were placed on a central wheel, in front of the car, which rotated according to the pressed letter, a similar idea was used 75 years later by IBM.