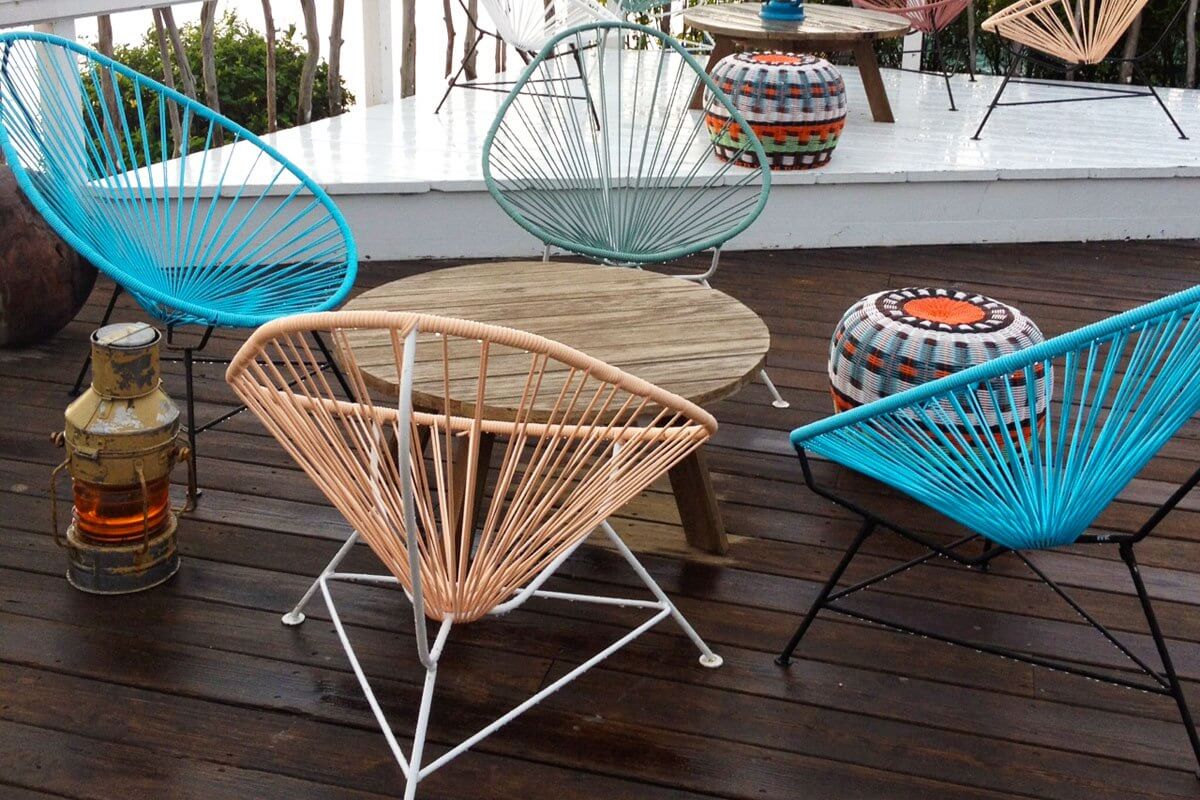 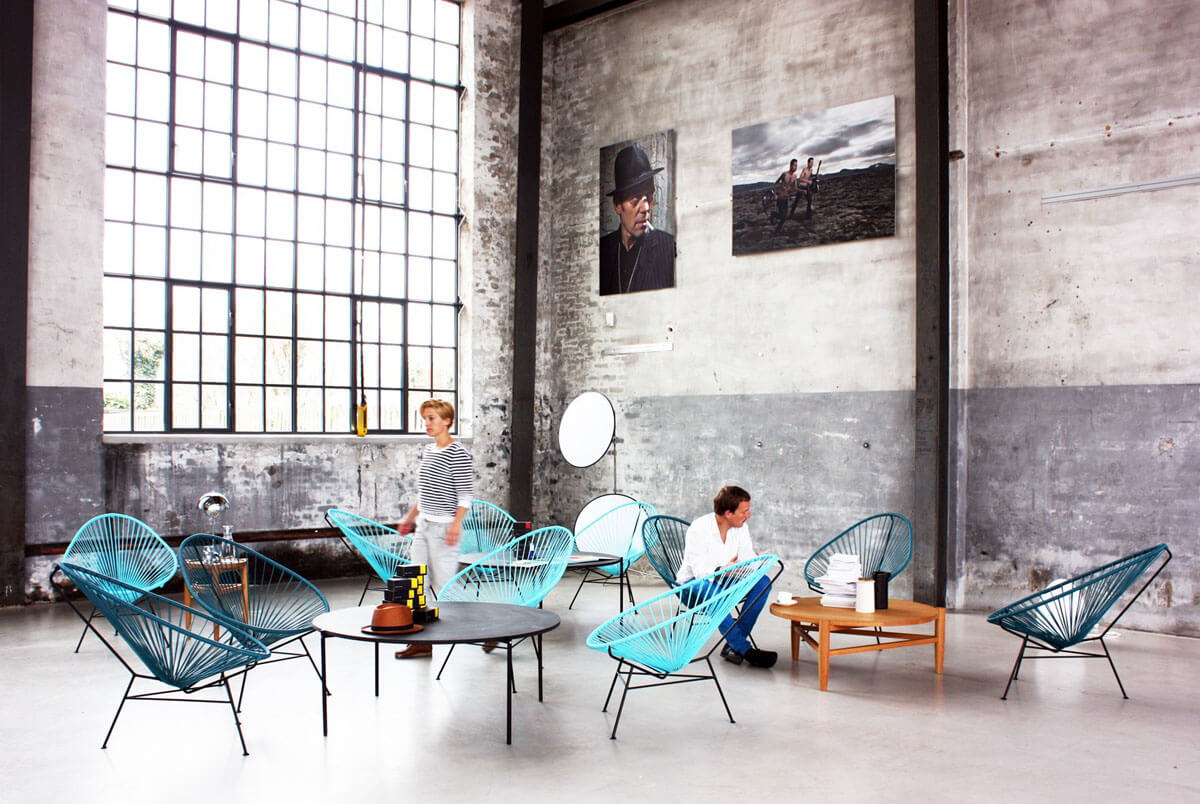 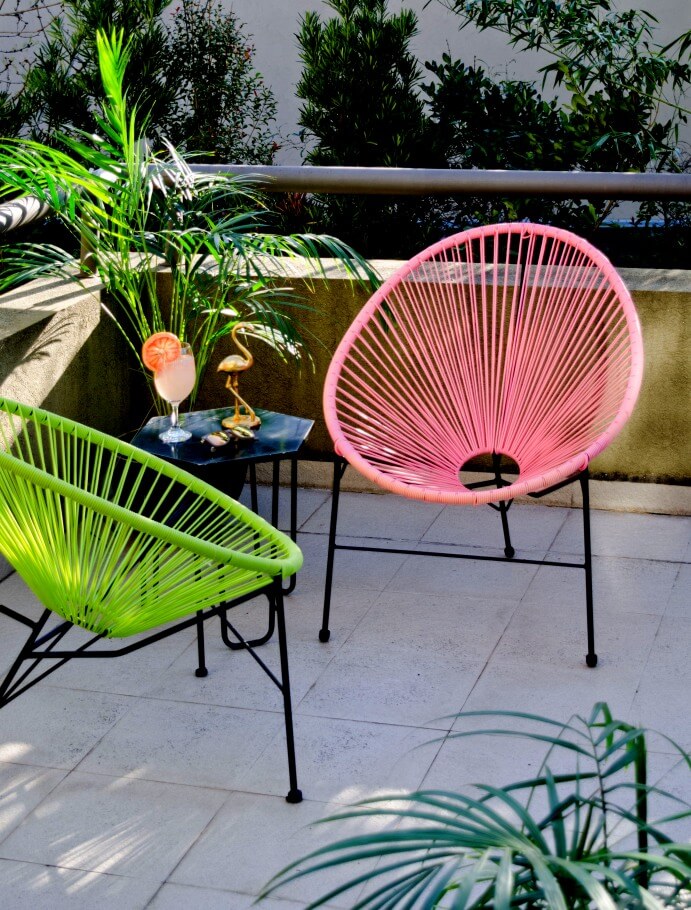 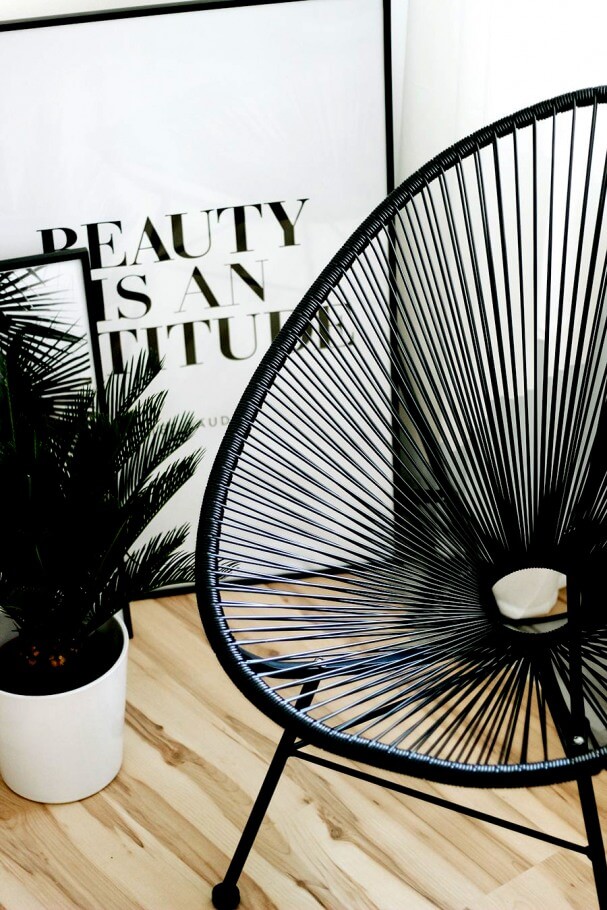 From an anonymous designer it was created in Máxico in the 50s.
It takes its name from the famous Pacific coast city.

During the decade of the 50 it became the fashionable armchair in Hollywood, John Wayne, Elvis Presley or Kennedy are some of the celebrities who relaxed in these chairs in the bay of Acapulco.

In our days, the Acapulco chair has regained its strength due to its spectacular design in simple lines and retro style, as well as its extreme comfort.
Contractart has imported directly from Mexico, the chair that is succeeding in the main cities of the world.